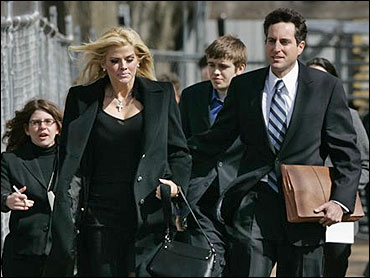 Joey Hamilton is hoping for a repeat of last season.

Hamilton, who struggled in the first half in each of the last two seasons, allowed just six hits over 7 2-3 innings and Shawn Green extended his hitting streak to 16 games, leading the Toronto Blue Jays over the Atlanta Braves 3-2 Sunday.

"I've been struggling all year, but it's going to take more than one start to turn my season around," Hamilton said.

From May 7 to June 3 last season, Hamilton lost six consecutive starts for San Diego. But from July 2 to August 11, he went 5-0 to finish the season with a 13-13 record. He didn't earn his first win for Toronto this season until June 21.

"This was very satisfying," Hamilton said. "The organization, the coaching staff and the fans have been waiting to see this from me all year. Hopefully, I can keep it going."

"I was able to locate my fastball today better than I have all year," said Hamilton, who left to a standing ovation. "If I keep this thing going for two or three games, then I'll be able to say I've turned the corner."

After Keith Lockhart and Brian Jordan singled in the eighth, Graeme Lloyd relieved Hamilton with two outs. Gerald Williams reached on a run-scoring error when shortstop Tony Batista couldn't get his grounder out of his glove.

Atlanta manager Bobby Cox then was ejected for the sixth time this year when he argued after Jordan, trying to score from second, was called out at home on a throw by first baseman Carlos Delgado.

"I don't know if the umpire was surprised, but I had my arm across the plate," Jordan said. "I jumped up and knew I was safe, that's a bad way to take a loss."

Rookie Billy Koch, who blew his previous save chance, pitched a hitless ninth for his 15th save in 18 opportunities.

Toronto took a 2-0 lead in the fourth on consecutive doubles by Green, Delgado and Tony Fernandez. Green's RBI double in the fifth made it 3-0.

Jordan had an RBI grounder in the sixth.