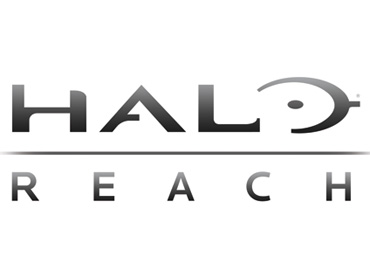 On Sept 14th Bungie will release their final game in the "Halo" franchise. "Halo: Reach" takes place before the events of their first game for Microsoft "Halo: Combat Evolved". Instead of assuming the role of the Master Chief, players will instead take over as Noble 6 the newest member of an elite group of Spartans. Despite knowing that the planet Reach eventually falls to the enemy Covenant forces, players will see exactly what happened before Master Chief awoke from his cryo-sleep on the 'Pillar of Autumn'in "Halo: CE" and perhaps will find out how he ended up there, and why he's the only Spartan left.

Since Reach will be Bungie's final foray into the universe that they created (the Halo property is now owned by Microsoft and subsequent games will be handled by 343 Industries), players can expect Bungie to pull out all the stops when it comes to marketing and gameplay. Some have said that this will be one of the biggest games in the Halo franchise and quite possibly a game of the year contender. Suffice it to say if the 2.7 million players that participated in the Halo: Reach beta back in May of 2010 is an early indicator of its projected popularity, Bungie maybe sitting on a gold mine. While we don't know everything that Halo: Reach will have to offer, here are a few that we do know about.

"Halo: Reach" introduces a dramatically expanded suite of multiplayer offerings like new social settings for matchmaking enabling you to play with the people you want, find like-minded teammates, vote on preferred maps and game types and also keep an active roster. Matchmaking is now integrated across every facet of "Halo: Reach," including campaign mode and Firefight. The next generation of Firefight mode lets players go head-to-head in versus mode and allows for an incredibly deep level of customization and replay-ability by allowing players to change game rules and settings. New multiplayer game modes like "Invasion" and "Arena" offer competitive players a chance to show off their skills like never before.

Forge tools and the advent of the Forge World space enable players to construct entirely new maps and game modes and share them with the "Halo" community over Xbox LIVE. The future of "Halo" multiplayer experiences will continue to grow and be shaped by the people who play it for years to come.

"Halo: Reach" gives you the ability to customize and personalize your Spartan with a staggering array of armor accessories that will appear in both multiplayer and campaign play. Across every game mode, you're rewarded for everything you do, for every style of play, earning valuable credits that can be used to unlock additional cosmetic upgrades via the Armory. For example, Spartans can be equipped with armor abilities such as stealth, camouflage, holograms, and jet packs.

As if that wasn't enough, there are two version of the game, one of which you can get with your pre-order through stores like Game Stop. The first is Halo: Reach (Limited Edition) which will include, a game disc housed in recovered ONI "black box". An exclusive Elite armor set for use in multiplayer modes. Artifact bag containing Dr. Halsey's personal journal and other classified documents and effects that unravel long held secrets from the "Halo" universe. It will also include a "Noble Team" statue expertly crafted by the artisans at McFarlane Toys. Individually molded and hand-painted, this statue is a must-have for any serious "Halo" fan, UNSC-themed custom packaging and an exclusive multiplayer Spartan armor effect.

If Reach is handled with the same care, attention to detail, and support from the community that previous Halo games were then this should be one of the best games of the year. Expect a full review of the retail version soon.