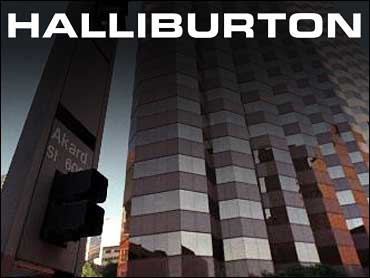 Halliburton Co.'s $4.17 billion settlement of thousands of asbestos claims has been finalized, the company announced Monday.

The Houston-based oil services conglomerate's construction and engineering subsidiary, KBR, and other subsidiaries that filed for bankruptcy protection in December 2003 as part of the settlement have emerged from Chapter 11.

The reorganization plan, which included a $2.775 billion cash payment with the rest in stock to settle 400,000 asbestos and 21,000 silica claims, received court approval in July last year and went into effect this past Friday, Dec. 31. Halliburton said the company anticipates funding trusts to pay the claims by the end of this month.

Halliburton inherited the claims when the company acquired Dresser Industries, Inc. for $7.7 billion in 1998, during Vice President Dick Cheney's 1995-2000 tenure as CEO. Most of the asbestos claims were filed against a former Dresser subsidiary, Pittsburgh-based Harbison-Walker Refractories Co.

Halliburton announced in September that KBR, formerly known as Kellogg, Brown & Root, may be sold or spun off if its stock performance fails to improve after the conclusion of the asbestos litigation. The unit's efforts to cut $80 million in costs include eliminating positions and re-examining project costs.

Halliburton and KBR have been criticized for multibillion-dollar contracts in Iraq and Kuwait to serve food, deliver fuel, handle mail and provide other services for U.S. troops. Several federal agencies are investigating allegations of overbilling and favoritism stemming from Cheney's past tenure as company head. Halliburton has consistently denied any wrongdoing.