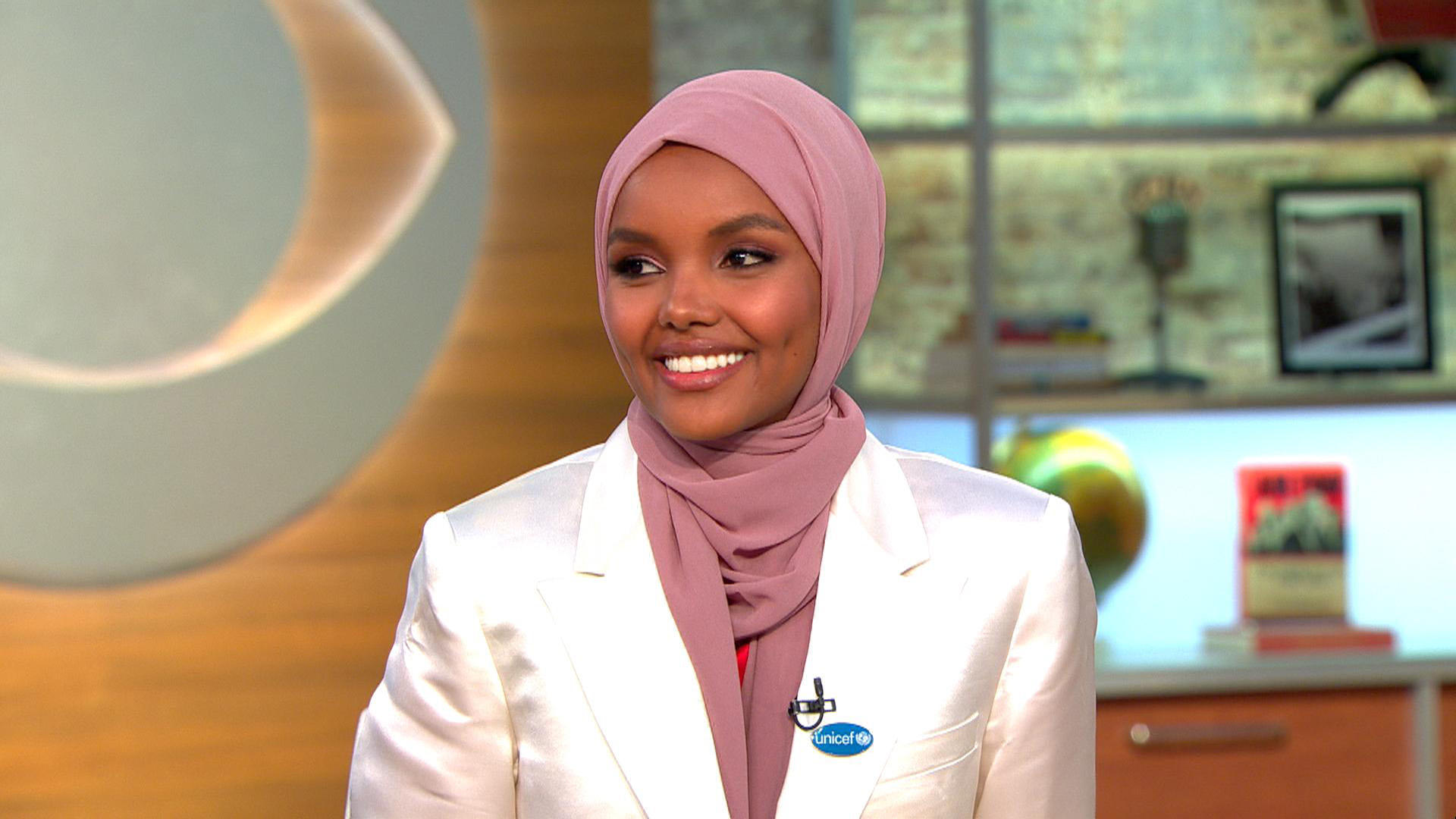 Somali-American model and activist Halima Aden told "CBS This Morning" on Friday, "We need to do better," when it comes to women's rights around the world.

"You know, you look at statistics, like girls, young women spending over 200 million hours a day collecting water and that puts them at risk for trafficking," Aden said, "I think stuff like that needs to piss every woman, every girl-- that needs to invoke some type of emotion because that's not right."

Aden appeared on the program to promote UNICEF's new campaign which aims to make women a higher priority for lawmakers.

"UNICEF is encouraging everybody to text 'Girl' to 52886," Aden said. "To encourage legislatures to put the rights of young girls and women at the forefront of their law-making decisions."

Aden said UNICEF is important to her because of how she grew up.

"I was a child refugee," Aden said. "I spent the first seven years in Kakuma, Kenya. And I remember the work that UNICEF did for me and my childhood. It just-- it's a reminder that the world, the greater world did not forget about you."

Aden gave a TED Talk last year in the Kenyan refugee camp where she was born. The speech has been viewed more than 1 million times online.

In 2016 she wore a burkini and hijab during the Miss Minnesota USA Pageant. A year later she became the first hijab-wearing model to sign with IMG Models. She has since graced the covers of Allure, Vogue Arabia and Paper Magazine.

"We need to celebrate our girls," Aden said, speaking about International Women's Day. "You know, it's not just about women uplifting other women. Really this is a day for men, boys, everybody, because we all have a woman in our life, an aunt, a mother, a sister, a cousin. So today's for everybody to uplift the women in their lives, the women across an ocean. It's about just celebrating girls."