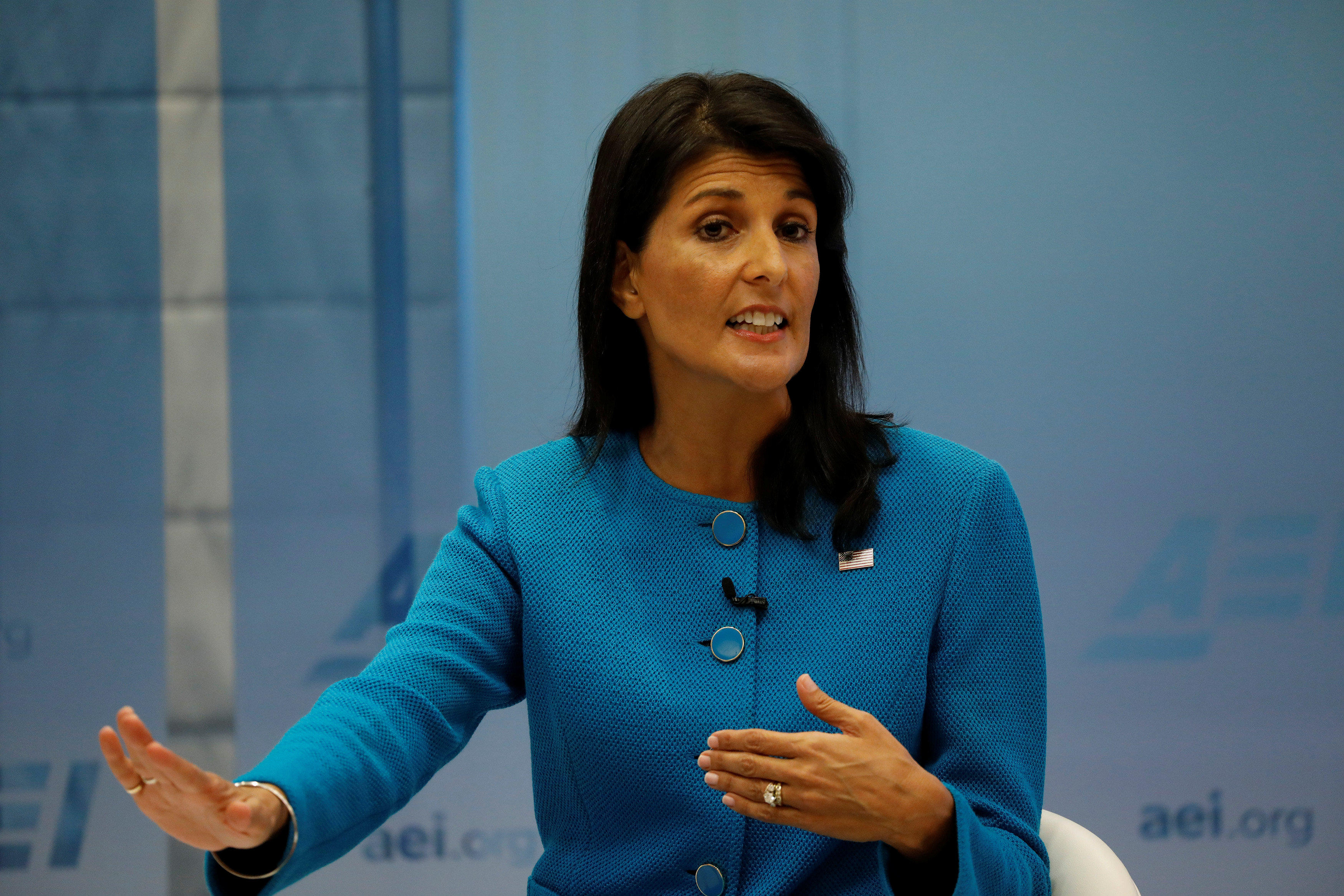 Nikki Haley, the U.S. Ambassador to the United Nations, on Thursday introduced what she sees as irrefutable evidence that Iran violated U.N rules by providing Houthi rebels in Yemen with arms.

Haley, holding a press conference at the Joint Base Anacostia-Bolling in Washington, D.C., presented what she described as recovered pieces of a missile fired by Houthi militants from Yemen into Saudi Arabia in a Nov. 4 attack, pointing out the missile bears "Iranian missile fingerprints."

Haley spoke specifically to the attack on the Saudi airport in Riyadh. That missile was fired by Houthi rebels from Yemen into Saudi. She asked people to imagine if the missile was launched at a major U.S. airport, such as JFK or Dulles, or at international targets in London or Paris.

"It's hard to find a conflict or a terrorist group in the Middle East that does not have Iran's fingerprints all over it," Haley said Thursday.

Haley pointed to a new U.N. report obtained by CBS News, by U.N. Secretary General Antonio Guterres that warns that Iran may be defying a Security Council call to halt ballistic missile development even as it complies with the nuclear deal with six world powers, reports CBS News' Pamela Falk from the U.N.

Haley presented the evidence, provided to Washington by Saudi Arabia and the United Arab Emerates, including pieces of an Iranian-made short-range ballistic missile fired from Yemen in early November outside Saudi Arabia's capital Riyadh, Falk reports.

Haley said that the U.N. Security Council will be invited to examine the evidence at the U.S. Defense Department's  Joint Base Anacostia-Bolling.

Yemen is facing a devastating civil war that has been raging since 2015.

The U.S. Ambassador to the U.N. described Iran's behavior as a violation of U.N. rules, making her case to not just a U.S. audience but the international community. Haley warned that actions such as Iran's could lead the world to "the next North Korea," denouncing the country.

Haley said the president made a good start agreeing to de-certify the Iran deal, and more needs to be done. The former South Carolina governor also said there is a "lot more" uncomfortable evidence the international community will see about Iran's involvement in the future.

"You're going to see a rapid flow of other things," Haley said.

— Kylie Atwood and Kathryn Watson contributed to this report.