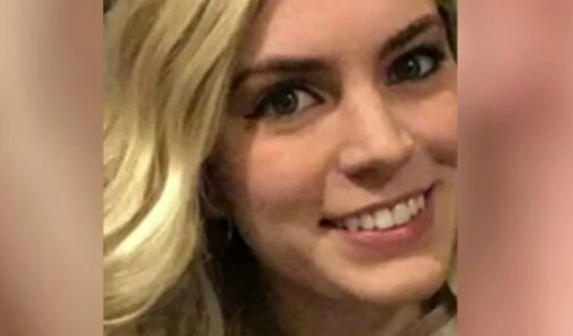 MANAGUA, Nicaragua  - A man sought for questioning in New York in the killing of a university nursing student has been detained in Nicaragua, authorities in the Central American nation said Tuesday.

Orlando Tercero, 22, was taken into custody in an unspecified place in Nicaragua and was being handed over to judicial authorities in Managua, National Police Commissioner Francisco Diaz told Canal 4 television.

Police in New York say Tercero is a person of interest in the killing of Haley Anderson, also 22, of Westbury, on Long Island. The fellow nursing students at Binghamton University, 140 miles northwest of New York City, are said to have had a previous relationship.

Binghamton police found Anderson's body at an off-campus residence when they were called to check on her welfare Friday. Her death was quickly ruled a homicide, but police have not said how or why she was killed. They identified Tercero, a fellow student, as a person of interest.

Authorities say Tercero, a U.S. citizen born in Miami, flew to Nicaragua before her body was discovered.

He apparently holds dual citizenship. Nicaragua's Canal 4 showed an image of a Nicaraguan passport with his name and photo.

According to CBS affiliate WBNG, Birmingham Police Chief Joseph Zikuski said police had responded to a minor incident in September in which Anderson claimed Tercero had damaged her property, but she did not wish to file charges.

Broome County prosecutors say they are working with federal authorities to investigate and aggressively prosecute the case, the station reports. Evidence will be presented to a grand jury; if and when an indictment is filed, authorities will seek Tercero's extradition.

Diaz did not say whether Tercero was being represented by a lawyer in Nicaragua.