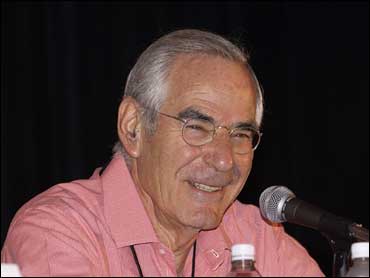 The driver who hit the vehicle carrying David Halberstam claims he had the green light in the crash that killed the Pulitzer Prize-winning journalist.

A 1996 Infiniti Q30 driven by Lewis Morris, 64, of San Jose, broadsided the 1989 Toyota Camry as its driver, journalism student Kevin Jones, made a left turn at a busy intersection in Menlo Park, police said.

Morris told the San Francisco Chronicle on Tuesday that he had the right of way in the three-car collision on the morning of April 23.

"I could not slow down," Morris said. "I didn't have enough room to slow down."

Jones' lawyer, Berkeley attorney Laurel Headley, said Wednesday she would not comment until the police investigation was finished.

Jones was driving Halberstam, 73, to an interview with Hall of Fame NFL quarterback Y.A. Tittle for his next book. Halberstam died at the scene.

Menlo Park police said they have not yet determined who was at fault in the accident and would likely complete their investigation by next week.