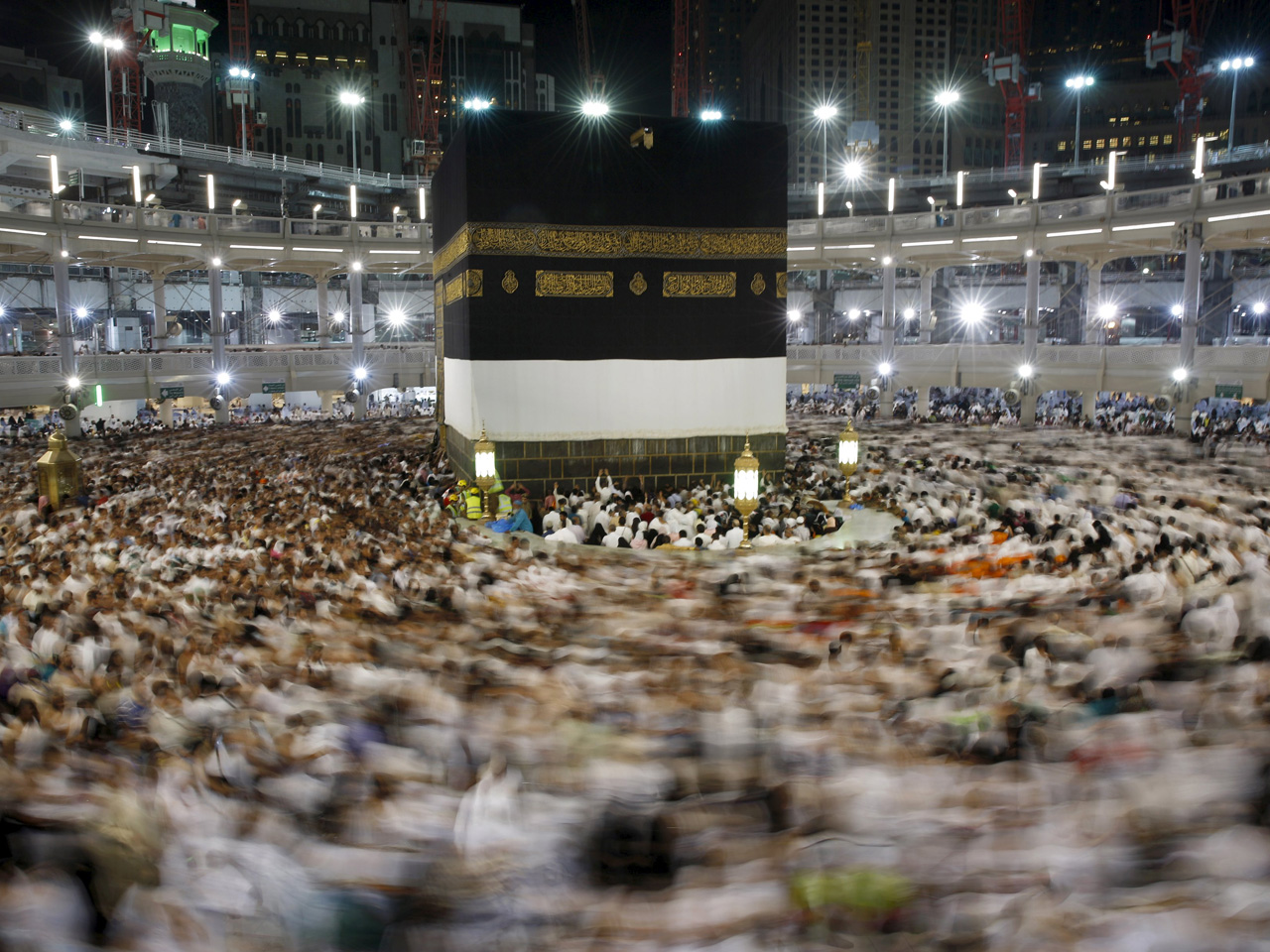 MECCA, Saudi Arabia - More than 2 million Muslims on Tuesday started the first rites of the annual hajj in Saudi Arabia, one of the world's largest pilgrimages that draws the faithful to the holy city of Mecca for rituals and prayers to erase their sins.

Newly arrived pilgrims circled the Kaaba, the black cubic structure in Mecca's Grand Mosque. In a sign of humility and equality before God, the pilgrims shed symbols of materialism, entering a state of "ihram." Women forgo makeup and perfume and wear loose-fitting clothing and a head covering, while men are dressed in seamless, white terry cloth garments.

Islam requires all able-bodied Muslims to perform the hajj at least once. The pilgrimage is among the five main pillars of Islam, which also include belief in the oneness of God and the Prophet Muhammad as his final messenger, five daily prayers facing toward the Kaaba, annual charity and fasting during the month of Ramadan.

For Muslims, the hajj traces the paths of the Prophets Abraham, Ishmael and Muhammad. Pilgrims start in Mecca before heading to the nearby tent city of Mina, 3 miles away.

In Mecca, they circle the Kaaba counterclockwise seven times and re-enact the journey of Abraham's wife, Hagar, who Muslims believe ran between two hills searching for water for her dying son. Tradition holds that God then brought forth a spring that runs to this day, and Muslims drink from it during the hajj.

Since arriving in Mecca over the past several weeks, hundreds of thousands have chanted, "Labayk Allahuma Labayk," or "Here I am, God, answering your call. Here I am."

They also pray for deceased relatives.

"Her dream was to perform the hajj. So I am fulfilling her wish," said the 62-year-old, who is raising her two grandchildren by relying on financial help from her older sons and a small government pension.

It's the third hajj for Moussa bin Abdullah Butu from Nigeria. But this one is especially challenging for the 38-year-old artist because he lost his 2-year-old son, Abdullah, to illness this year.

"In the white ihram, the rich man and the poor, we are all together," he said.

The pilgrimage requires money, physical perseverance and a coveted hajj visa. Saudi Arabia has strict quotas for each country to manage crowd safety.

Butu said he was grateful for the opportunity to perform the hajj once again.

The main day of hajj this year falls on Wednesday, when 2 million to 3 million people will pack shoulder to shoulder in prayer in a valley called Arafat. That is the site where the Prophet Muhammad delivered his final sermon 1,400 years ago, calling for equality and unity among Muslims.