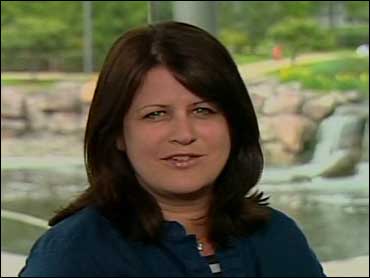 The hair of the dog may cure more than hangovers.

Researchers in a report released Tuesday said infants living in a home with two or more dogs or cats during the first year of life are less likely to have the kind of allergic reactions that lead to asthma and other problems later on.

In addition the impact of early exposure to the animals seems to have a protective effect against other common allergens such as mold and grass.

"Physicians have been told for 30 years that having dogs and cats in the household in the first few years of life increases the child's chance of being allergic (but) our study shows just the opposite," said the report's chief author, Dennis Ownby of the Medical College of Georgia in Augusta.

"Exposure to two or more cats or dogs in the house during the first year of life reduces the probability that a child would have any positive skin test to common allergens by about 50 percent," he said.

"I think at this point if the parent isn't allergic to pets, but they do have other allergies and they're very concerned, then having multiple pets in the house is probably a good idea, at least for the first couple of years of the child's life," Ownby added.

The report, published in this week's Journal of the American Medical Association, said the mechanism involved for the protective effect remains unclear.

One possibility is that early exposure causes the immune system to to produce protective antibodies but without allergic sensitization. Another thought, the authors said, is that the antibodies are triggered by exposure to bacterial products from the animals.

Ownby's study covered 474 healthy, full-term infants born between April 15, 1987 and Aug. 31, 1989, in suburban Detroit. The children were followed up yearly to between the ages of 6 and 7 at which time they were tested for allergic sensitization with skin pricks using several common allergens including dust mites, dog, cat, short ragweed and blue grass.

The tests found that more than 33 percent of the children with no dog or cat exposure in the first year of life had positive results, indicating allergic sensitivity to one or more of the skin pricks.

After taking into account such factors as parental smoking, dust mite allergen levels, older siblings and presence of dogs or cats later in childhood, children who were exposed to two or more cats or dogs in the first year of life had a 77 percent lower risk of having a positive reaction on a skin prick test, the study said.

More research will be needed to determine if the effect persists beyond the age of six or seven, the authors said.

The authors said a review of medical literature found that most studies had concluded early exposure to dogs and cats increased the risk of asthma and wheezing in children older than six.

But they said there have been some earlier isolated studies that went in the other direction, including reports that children living on farms having contact with livestock had lower allergy problems in later life.

Thomas Platts-Mills of the University of Virginia Health Sciences Center said in an editorial in the same issue commenting on the study that its most striking and unexplained finding is that the protective effect extends beyond animals to other common allergens such as grasses, pollens and molds.

"Although the underlying mechanisms remain to be resolved, this finding presents an opportunity to investigate the immunopathology of allergic disease including asthma," he said.