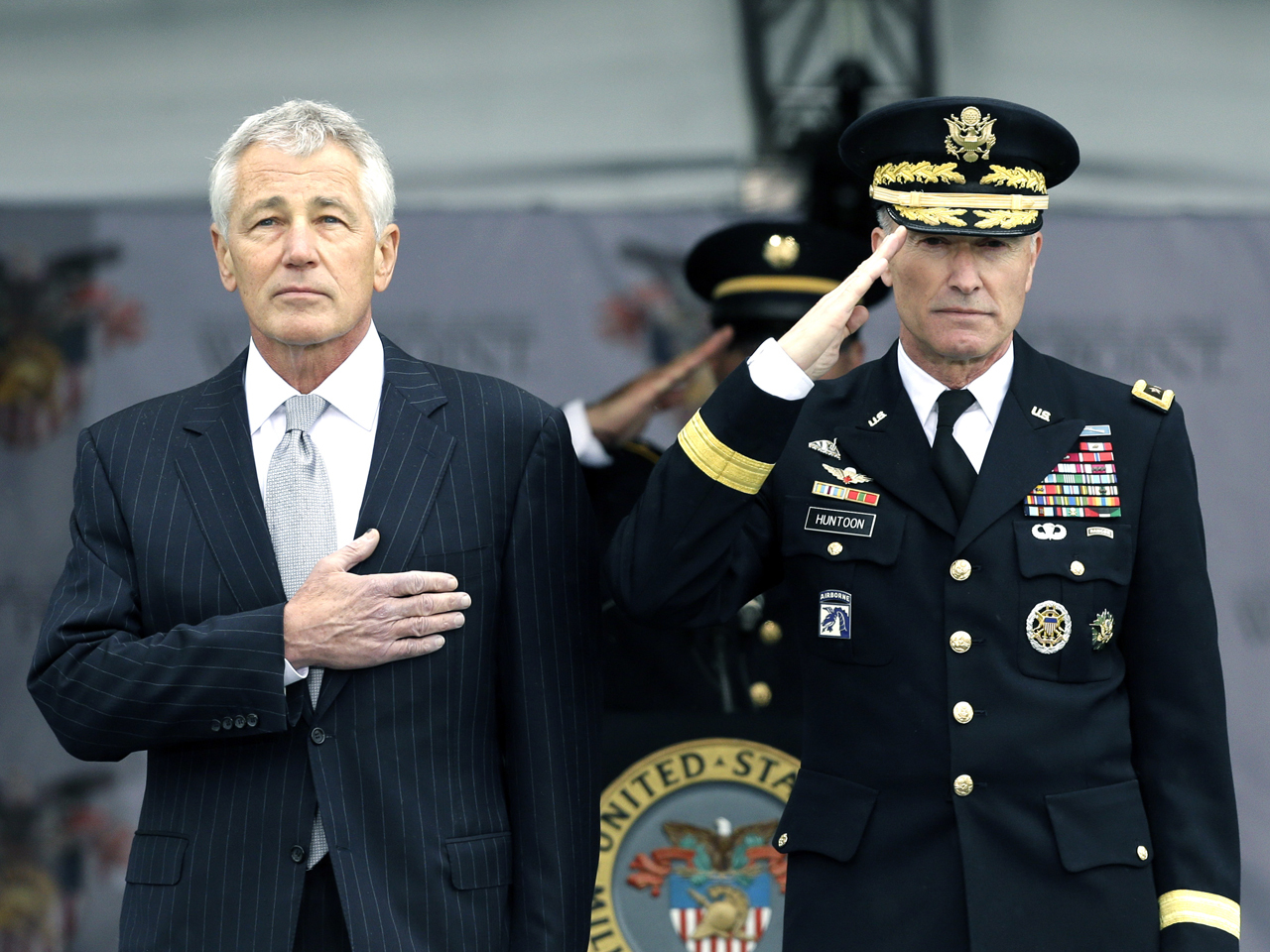 West Point, N.Y. Defense Secretary Chuck Hagel told cadets at the U.S. Military Academy at West Point on Saturday that they must stamp out the scourge of sexual assault in the military.

A day after President Barack Obama delivered a similar edict to U.S. Naval Academy graduates, Hagel's message comes amid a series of widespread incidents of sexual misconduct across the armed services in recent months and a new report showing that the problem is growing. The challenge is particularly poignant for the West Point crowd, since earlier in the week an Army sergeant was charged with secretly photographing and videotaping at least a dozen women at the upper New York state academy, including in a bathroom.

Hagel, who served in the Army in Vietnam, took the opportunity to reflect on his own time in uniform and the lessons that he said must resonate as the soldiers take on the job of helping to transform the military. It was his first graduation address as defense chief.

The graduates, he said, must be the generation of leaders who will stop the debilitating and insidious threats of suicide, sexual assault and drug and alcohol abuse that are hurting the all-volunteer force.

Wounded twice during his roughly one year at war, Hagel has two Purple Hearts and is the first man to become secretary of defense after serving only in the enlisted corps. Reflecting on his military service, Hagel said his time in the Army shaped him forever.

"In Vietnam, I learned that combat is a furnace that can consume you, or it can forge you into something better and stronger than you were before," said Hagel, who took over the job as Pentagon chief at the end of February.

He also told the graduates that they must begin to build the future Army as the service recovers from the strains of more than a decade of war in Iraq and Afghanistan. Future conflicts, he said, will take on new and unfamiliar forms, and the military must be ready to face them even as budget cuts force the service to curtail training and trim the number of soldiers from a wartime high of about 570,000 to 490,000.

But he said that readiness will be strained by health and social problems.

Pentagon leaders have been struggling to deal with what they have come to call an epidemic of sexual assaults in the military. A Pentagon report released this month estimated that as many as 26,000 military service members may have been sexually assaulted last year and that thousands of victims are unwilling to come forward despite new oversight and assistance programs. The estimate was based largely on anonymous surveys.

According to the report, the number of sexual assaults actually reported by military service members rose 6 percent to 3,374 in 2012. And nearly 800 of those simply sought help but declined to file complaints against their attackers.

Spurred on by furious Congress members, the Defense Department has ordered the services to come up with ways to curb the problem and better help the victims.

In the latest case, Sgt. 1st Class Michael McClendon is facing charges of dereliction of duty, mistreatment, entering a women's bathroom without notice, and taking and possessing inappropriate photos and videos of at least a dozen women who were naked or in various states of undress.

The women have been notified by the Army about the matter.

He was charged May 14 with violating four articles of the Uniform Code of Military Justice, but some of the allegations date back to 2009. He has been transferred to Fort Drum, N.Y. It isn't immediately clear if McClendon has a lawyer.

Joint Chiefs of Staff Chairman Martin Dempsey has called the problem a crisis and said the women who serve in the military are losing confidence that it can be solved.