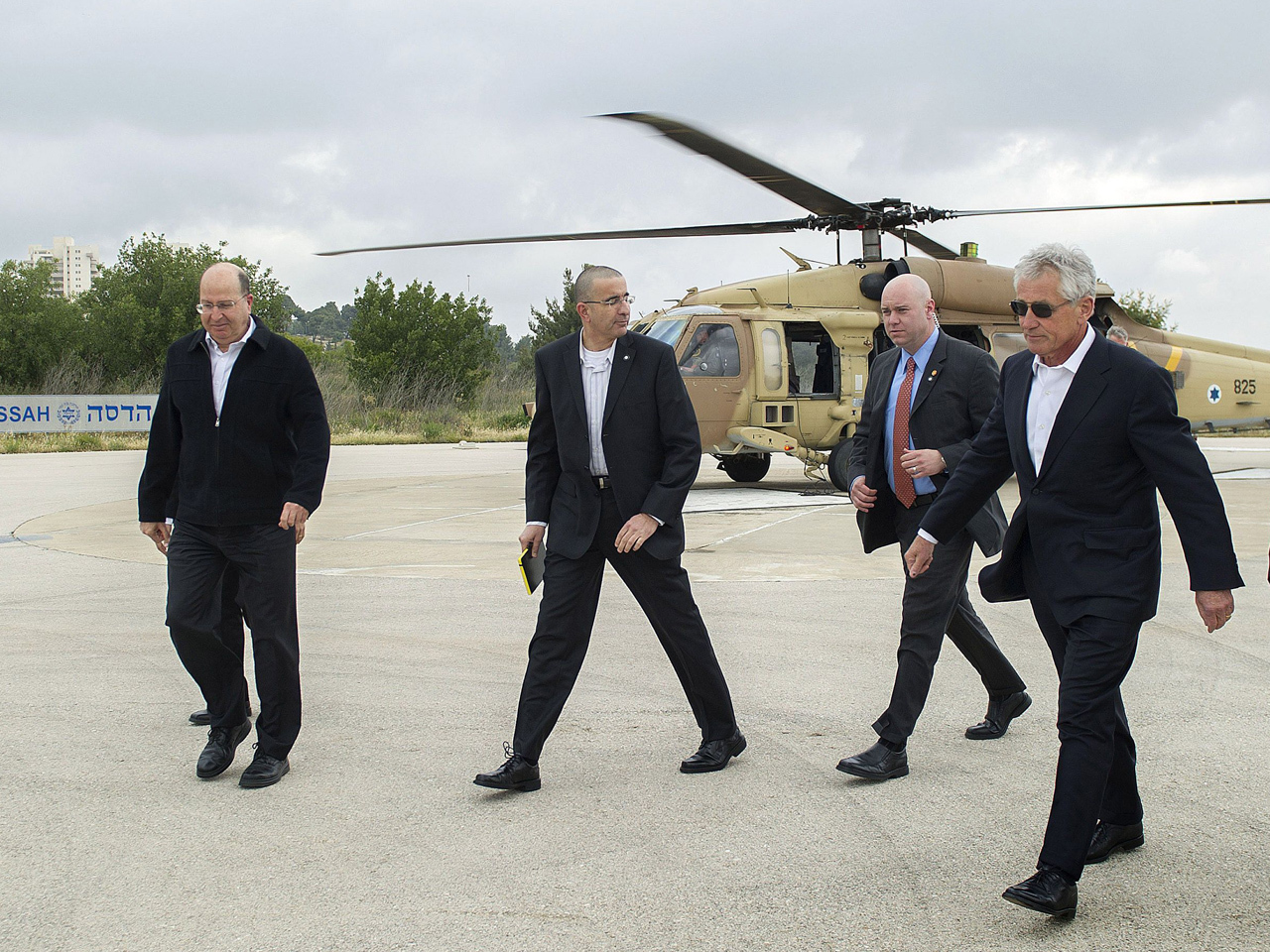 The weapons include missiles and radar systems for fighter jets and re-fueling planes, which could be used in any Israeli pre-emptive strike on Iran's nuclear facilities. Israel sees Iran's nuclear program as a threat to its existence and it has warned that if international sanctions fail, it might take military action on its own against the Islamic Republic.

Hagel, asked by a reporter if that would be an advisable move, said that "calculation has to be made by" Israel.

That was a softer approach than the U.S. has taken in the recent past, when the Obama administration has urged Israel to give diplomacy more time.

The Iran issue created tension between President Obama and his Israeli counterpart Prime Minister Benjamin Netanyahu last year, but since his visit here in March, he and other administration officials have gone out of their way to express unwavering support for Israel's security. Hagel noted that the arms sales will give Israel air superiority in the region and increase its long-range capabilities.

Another thorny issue on the agenda was the civil war in neighboring Syria, and Israel's concerns that Syrian chemical weapons could fall into the hands of Hezbollah in Lebanon or other Islamic terrorist groups -- including some with links to al Qaeda which are fighting alongside Syrian rebels already.

If that happens, Netanyahu has warned that Israel would be forced to act militarily.

The instability in Iran and Syria is also causing anguish among America's Arab allies in the region. Hagel will seek to reassure them, as well, when he visits Jordan, Egypt, Saudi Arabia and the United Arab Emirates in the coming days.