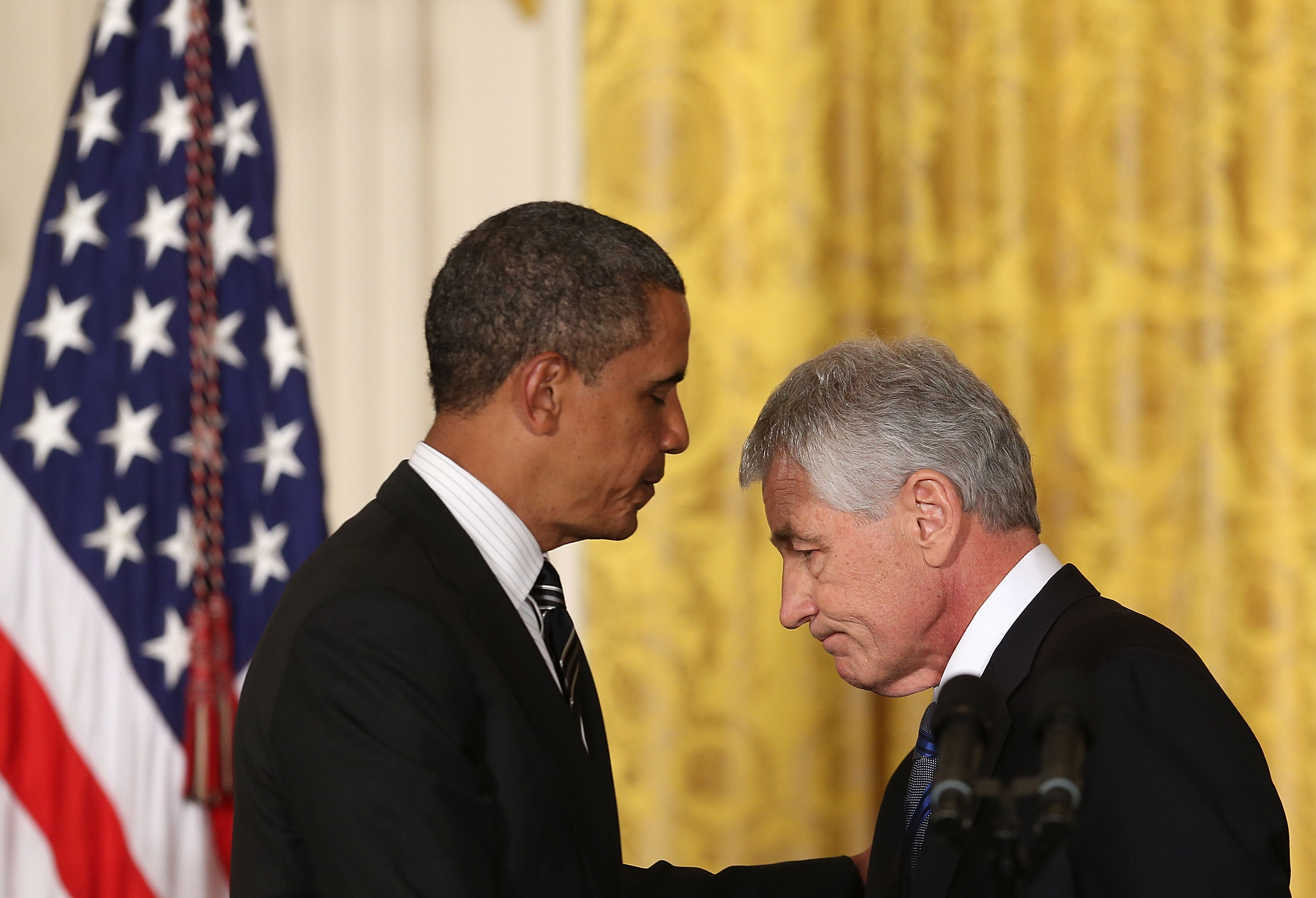 In a highly unusual move to blunt the legal impact of the president's comments on military sexual assaults, Defense Secretary Chuck Hagel has ordered his top leaders to be sure to only base their judicial decisions on facts and their own independent judgment.

The one-page memo tells the military that even though senior U.S. leaders may openly condemn sexual assault, drug abuse, hazing and other crimes, such comments are not intended to sway the outcome of any particular case.

In early May, as high-profile incidents of sexual assault in the military spiked, President Barack Obama - the nation's commander-in-chief - declared he had no tolerance for the matter.

"I don't want just more speeches or awareness programs or training but, ultimately, folks look the other way," he said. "If we find out somebody is engaging in this stuff, they've got to be held accountable - prosecuted, stripped of their positions, court-martialed, fired, dishonorably discharged. Period."

Obama's remarks have already affected the outcome in some cases, including the decision by a judge in South Carolina to dismiss sexual assault charges against a soldier. Defense lawyers have argued that the president's remarks amounted to unlawful command influence on the cases.

"The comments made by the president did result in an impact in some of the cases that were ongoing from the view of the judges," Lt. Gen. Curtis Scaparrotti, director of the Joint Staff, said during a Pentagon press briefing Thursday. "As a result, we believed it was necessary ... to make a statement, simply to ensure that commanders understood that they act independently, based on the merits of a case, and to ensure that there's no taint in any of the jurisdiction that takes place or any of the cases that are ongoing now."

It's not clear if the memo will effectively limit the legal arguments that defense attorneys have made. But Scaparrotti said that commanders understand their responsibility to act on the merits of a case and will continue to act independently in line with the justice system.

The Associated Press obtained the memo, which says that senior U.S. leaders will continue to condemn misconduct, such as sexual assault and drug use. But he says their comments are not intended to sway particular cases.

"There are no expected or required dispositions, outcomes or sentences in any military justice case, other than what result from the individual facts and merits of a case and the application to the case of the fundamentals of due process of law," Hagel wrote in the Aug. 6 memo, first reported by the New York Times.

In a directive dated Aug. 14, Hagel laid out those measures which include routine, independent reviews of sexual assault investigations, improving victim legal support, notification of top military leaders immediately after cases are reported, and prohibitions on inappropriate relations between trainers and trainees.

"When a crime does occur, we must ensure that victims' rights are respected, they are provided responsive and timely support, and related investigations and judicial proceedings, if appropriate, are conducted in a thorough, professional, and fair manner."

The Pentagon has been under heavy scrutiny -- and criticism -- in Congress after several high-profile cases of sexual misconduct.

"These aren't new policies. We need sweeping changes; not the best of what's not working," Speier said in a statement. "I continue to be underwhelmed by the military's baby steps on this issue.

"Overall, there is nothing here that will significantly curb sexual predators and their behavior, nothing that will guarantee the safety of victims who report abuse, and nothing that will fix the ongoing problems keeping cases inside the chain of command. The Pentagon has missed yet another opportunity to fulfill its promises of zero tolerance and improved justice."

Speaking last week to troops at a Marine base in California, Obama said combating sexual assault in the military is a top priority. "We are going to work together - all of us," he said, "to stop these crimes of sexual assault and uphold the honor and integrity that defines the finest military on Earth."

On Capitol Hill, lawmakers, such as Sen. Kirsten Gillibrand, D-N.Y., are promoting legislation that would take the decisions about prosecuting sexual misconduct out of the hands of military commanders.

But the commanders said the best way to combat the problem was from within military ranks. Gen. Martin Dempsey, chairman of the Joint Chiefs of Staff, has said, "Our goal should be to hold our commanders more accountable - not render them less able to help us correct the crisis."