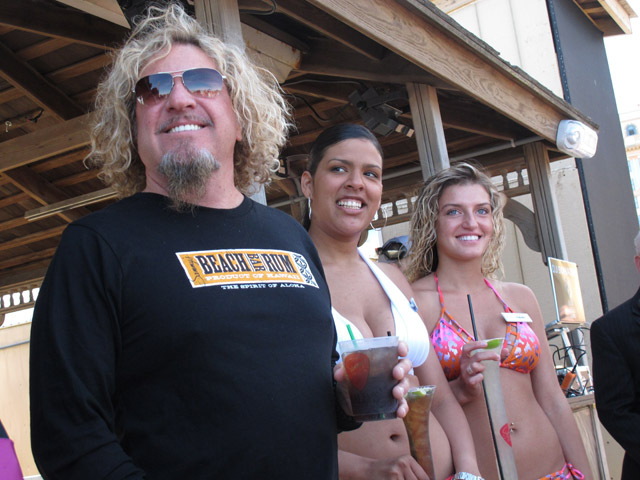 The legendary rock band he led for more than a decade after replacing David Lee Roth in 1986 launched a tour in February with Roth back at the helm. But Van Halen on Thursday postponed dozens of shows this summer that had been scheduled for months, without giving a reason.

Hagar thinks he knows why.

"They're hard people to get along with, those brothers," Hagar told The Associated Press on Friday. "Otherwise I'd still be in the band.

"I'm surprised it took this long" for the tour to experience major difficulties, he added. "I predicted this was going to happen a lot sooner. I lost money on that bet!"

A source familiar with the tour who was not authorized to speak publicly confirmed to The Associated Press on Thursday that some of the band's long-scheduled performances this summer are being postponed. The group's website lists active tour dates through June 26.

Representatives of the band and AEG, which is promoting the concerts in some regions, did not respond to messages from the AP.

Hagar actually had two go-rounds with Van Halen, but left each time after clashes with guitarist Eddie and drummer Alex Van Halen. Roth left the band in 1985 to launch a solo career after similar personality clashes with the Van Halens, but reunited with them in 2007.

In February, the band released its first studio album together in 28 years, "A Different Kind Of Truth," and has been touring to support it.

Hagar was in Atlantic City at his Sammy's Beach Bar on the Boardwalk, where he donated $10,000 to St. Nicholas Roman Catholic Church for its food pantry. He said he tries to donate to food banks in each city he visits while on tour with his current band, Chickenfoot, which was to play The House of Blues on Friday night.

"They make the money go so far," he said of the food pantries. "They can get 2 » meals out of a dollar!"

Monsignor William Hodge said he's grateful for Hagar's donation, which will be used to fatten the grocery bags of the hundreds of people who come to the church's food pantry twice a week, many of whom work low-wage jobs but still don't have enough to eat.

"Some families come to us with six to eight children," Hodge said. "We'll make sure there's plenty of meat in their bags of groceries."