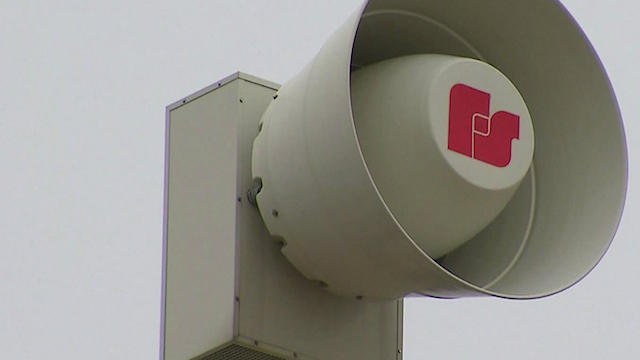 DALLAS -- Residents in Dallas had a rude awakening Friday night when 156 emergency sirens wailed throughout the city, and officials are saying the sirens were triggered by a hack, CBS Dallas/Fort Worth reports.

The person or people responsible were able to hack into a part of the system that was communicating with all the city’s sirens, Rocky Vaz, who heads the city’s Office of Emergency Management, said at a news conference.

The OEM successfully deactivated the siren system at around 1:20 a.m. Saturday while trying to determine what caused them to trigger.

“We shut it down as quickly as we could, taking into consideration all of the precautions and protocols we had to take to make sure that we were not compromising our 156 siren system,” he said.

The city cannot say how the system was hacked, but it believes the hack was done within the Dallas area.

The FCC was notified to assist in identifying the source of hack, according to city officials. The city is also working to put in safeguards to avoid these types of hacks again.

City officials say the priority is working to reactive the siren system and work will be done through the weekend.

Residents are asked to be patient and to avoid calling 911 or 311 as the sirens may sound again during reactivation.