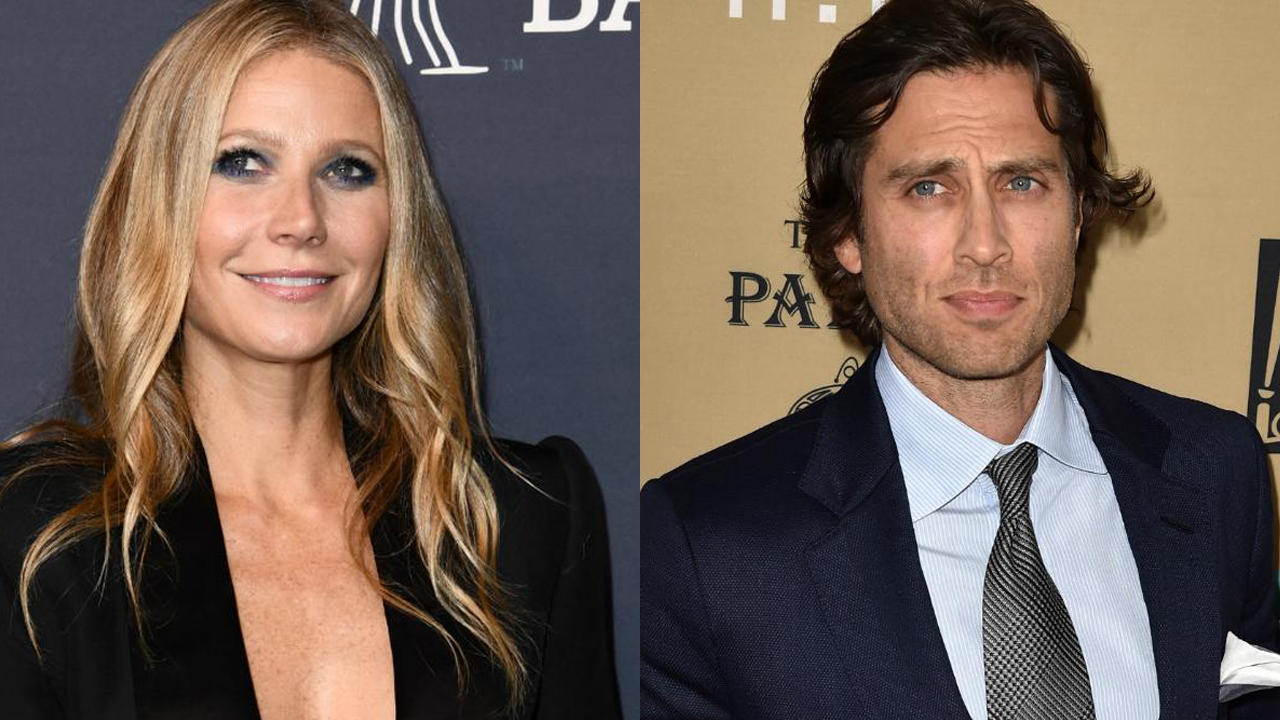 Gwyneth Paltrow and Brad Falchuk reportedly tied the knot over the weekend, and the Goop founder seemed to confirm the rumors on Instagram when she posted a photo of her hand next to Falchuk's, both wearing gold bands. In January, Paltrow confirmed her engagement to the "American Horror Story" producer in Goop magazine.

ET reports that she and Falchuk married in a star-studded affair at her home in the Hamptons on Saturday. Jerry Seinfeld, Steven Spielberg, Cameron Diaz and her husband Benji Madden and Robert Downey Jr. were reportedly among those in attendance.

Paltrow and ex-husband Chris Martin eloped in 2003 but divorced in 2014 after announcing their now-infamous "conscious uncoupling." Paltrow told ET in January that she would probably "dial it back" this time around and not go for a big wedding.

Paltrow recently renovated her Hamptons home, which is completely private and cannot be seen from any vantage public vantage point, reports ET. A source also told ET that Paltrow's two children were excited for the wedding, saying, "Gwyneth has included her kids in some of the planning and they can't wait. They adore Brad and are excited for their mom. Brad will be a wonderful husband to Gwyneth because he truly grounds her in every way."

In January, Paltrow announced her engagement in Goop magazine's second issue, which was sex- and love-themed. She wrote: "[A]t midlife, I have tried to accept how complex romantic love can be. I have decided to give it a go again. Not only because I believe I have found the man I was meant to be with, but because I have accepted the soul-stretching, pattern-breaking opportunities that (terrifyingly) are made possible by intimacy."

She said that it took her time to recover from her 2014 divorce from Martin, Coldplay's frontman, admitting, "[It] used to feel like a failure; it took me a while to reframe that divorce isn't a failure."

Rumors emerged last year that Paltrow and Falchuk were engaged. A source told ET last November that the two had been engaged a year and kept it under wraps. Paltrow had been quietly sporting several rings on her left hand, including one on her ring finger.

Paltrow and Falchuk had their first official outing together at the "Scream Queens" premiere in September 2015. Paltrow had a role on "Glee," which Falchuk co-created.

In August, the actress said that it's taken her "a lot of work" to get to where she is now, in a "good romantic relationship."