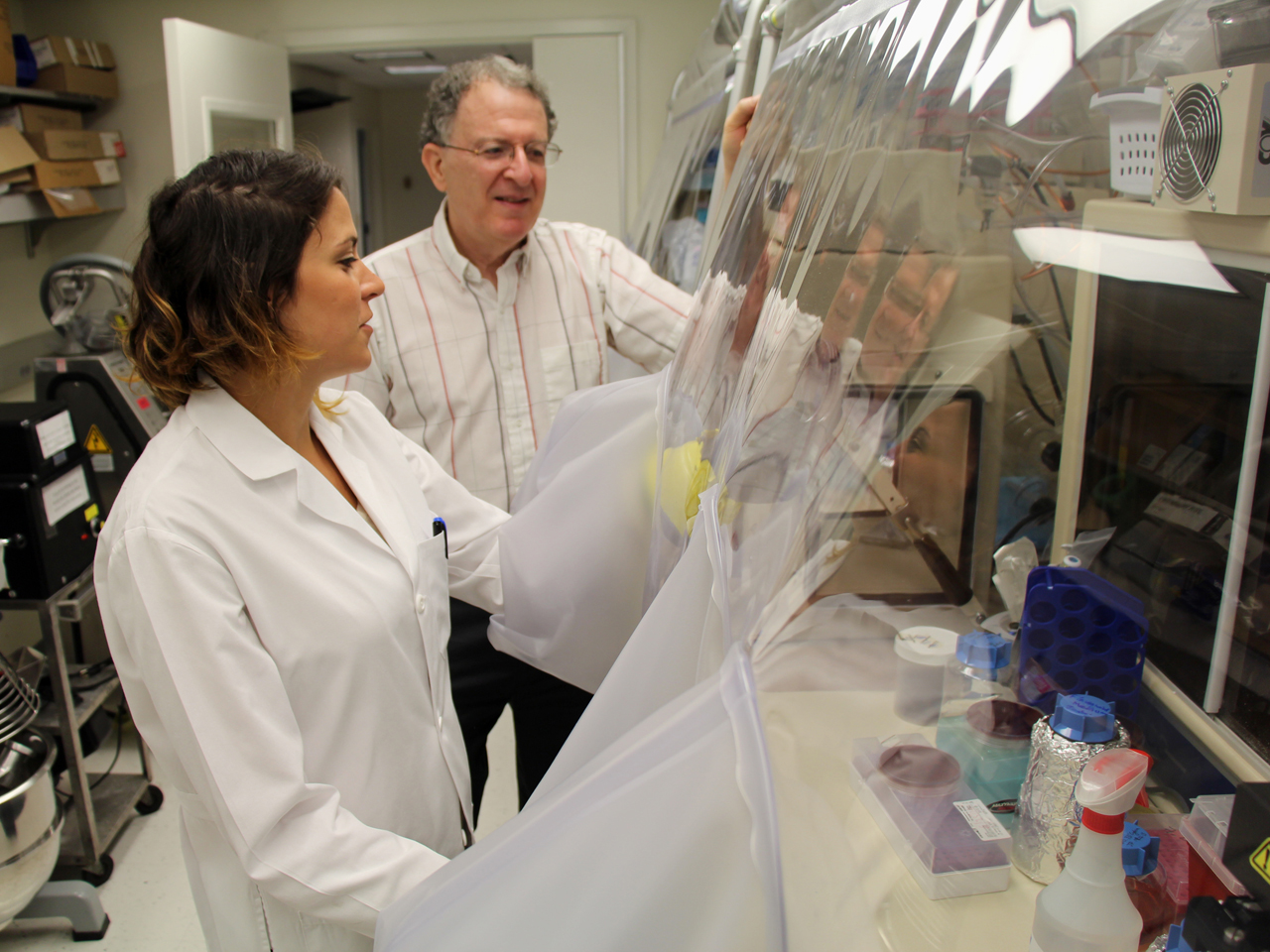 WASHINGTON Different kinds of bacteria that live inside the gut can help spur obesity or protect against it, according to new research from scientists at Washington University in St. Louis.

They transplanted intestinal germs from fat or lean people into mice and watched the rodents change.

And what they ate determined whether the good germs could move in and do their job.

Thursday's report raises the possibility of one day turning gut bacteria into personalized fat-fighting therapies, and it may help explain why some people have a harder time losing weight than others do.

"It's an important player," said Dr. David Relman of Stanford University, who also studies how gut bacteria influence health but wasn't involved in the new research. "This paper says that diet and microbes are necessary companions in all of this. They literally and figuratively feed each other."

The research was reported in the journal Science.

We all develop with an essentially sterile digestive tract. Bacteria rapidly move in starting at birth -- bugs that we pick up from mom and dad, the environment, first foods. Ultimately, the intestine teems with hundreds of species, populations that differ in people with varying health. Overweight people harbor different types and amounts of gut bacteria than lean people, for example. The gut bacteria we pick up as children can stick with us for decades, although their makeup changes when people lose weight, previous studies have shown.

Clearly, what you eat and how much you move are key to how much you weigh. But are those bacterial differences a contributing cause of obesity, rather than simply the result of it? If so, which bugs are to blame, and might it be possible to switch out the bad actors?

To start finding out, Washington University graduate student Vanessa Ridaura took gut bacteria from eight humans -- four pairs of twins that each included one obese sibling and one lean sibling. One pair of twins was identical, ruling out an inherited explanation for their different weights. Using twins also guaranteed similar childhood environments and diets.

She transplanted the human microbes into the intestines of young mice that had been raised germ-free.

The mice who received gut bacteria from the obese people gained more weight -- and experienced unhealthy metabolic changes -- even though they didn't eat more than the mice who received germs from the lean twins, said study senior author Dr. Jeffrey Gordon, director of Washington University's Center of Genome Sciences and Systems Biology.

"This wasn't attributable to differences in the amount of food they consumed, so there was something in the microbiota that was able to transmit this trait," Gordon said in a statement. "Our question became: What were the components responsible?"

Then came what Gordon calls the "battle of the microbes." Mice that harbored gut bacteria from a lean person were put in the same cages as mice that harbored the obesity-prone germs. The research team took advantage of an icky fact of rodent life: Mice are coprophagic -- or eat feces -- so presumably they could easily swap intestinal bugs.

What happened was a surprise. Certain bacteria from the lean mice invaded the intestines of the fatter mice, and their weight and metabolism improved. But the trade was one-way -- the lean mice weren't affected.

Moreover, the fatter mice got the bacterial benefit only when they were fed a low-fat, high-fiber diet. When Ridaura substituted the higher-fat, lower-fiber diet typical of Americans, the protective bug swap didn't occur.

Why? Gordon already knew from human studies that obese people harbor less diverse gut bacteria. "It was almost as if there were potential job vacancies" in their intestines that the lean don't have, he explained.

Sure enough, a closer look at the mice that benefited from the bug swap suggests a specific type of bacteria, from a family named Bacteroidetes, moved into previously unoccupied niches in their colons -- if the rodents ate right.

Robert W. Karp, a program director for genetics and genomics at the National Institute of Diabetes and Digestive and Kidney Diseases, told the New York Times of the new study, "This is all weird and wonderful."

How might those findings translate to people? For a particularly hard-to-treat diarrheal infection, doctors sometimes transplant stool from a healthy person into the sick person's intestine. Some scientists wonder if fecal transplants from the lean to the fat might treat obesity, too.

But Gordon foresees a less invasive alternative: Determining the best combinations of intestinal bacteria to match a person's diet, and then growing those bugs in sterile lab dishes - like this study could - and turning them into pills. He estimates such an attempt would take at least five more years of research.

""In the future, the nutritional value and the effects of food will involve significant consideration of our microbiota--and developing healthy, nutritious foods will be done from the inside-out, not just the outside-in," said Gordon.

Couy Griffin, a New Mexico county official, vowed to return with firearms to the Capitol for the inauguration.

National Guard troops being vetted as they arrive to guard Capitol

Security officials are concerned about an insider attack or other threat from service members involved in securing the inauguration.