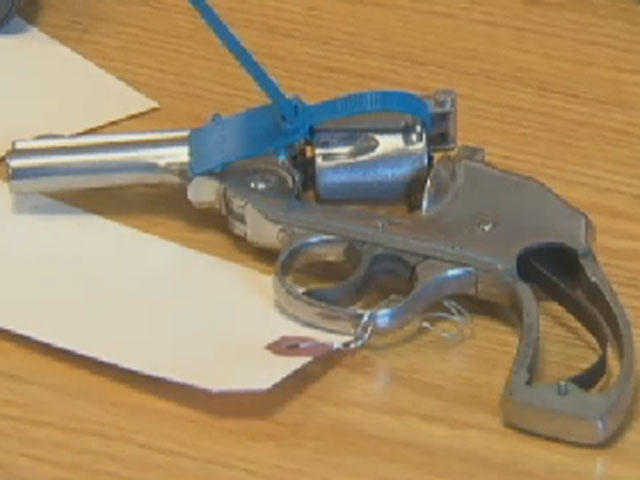 (CBS) SAUGUS , Mass. - The renovation of a home in Boston's northern suburb of Saugus was rather routine, until workers tore out the rotting basement ceiling.

"Well, you always find something," says homeowner Jose Carvalho. "This time it was guns."

CBS Boston reported Carvalho found five guns in all, including three 'old school' revolvers and a handful of bullets.

So he called Saugus police.

"We don't often get calls from people who find guns behind walls," says Saugus Police Lt. Lenny Campanello. "So it was interesting."

The late Mafioso was a bodyguard with a long criminal record. "Tony Blue" was gunned down back in 1965.

Homeowner Carvalho suspects the guns were stuffed through sheetrock into insulation in the basement's boiler room, and they dropped onto the ceiling on the other side of the wall.

"He (D'Agostino) was definitely trying to hide them," says longtime neighbor Jim Sclafani, who lives two doors down. "He probably forgot they were there."

The challenge now for Saugus police is trying to link the weapons cache to unsolved crimes that may be four decades old.

"We're focusing on researching the serial numbers on those guns and going from there," says Lt. Campanello.

The new homeowner does not consider his find good fortune.

"Lucky would be a million dollars," Carvalho said, laughing. "This is not luck."