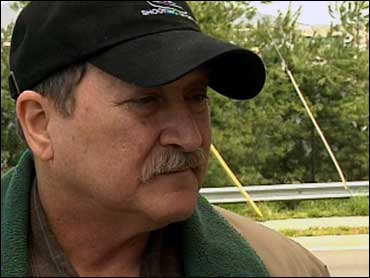 
Both guns used by Cho Seung-Hui to slaughter his fellow students were obtained from federally-licensed firearms dealers in Virginia, CBS News has learned.

One of the guns used in the Virginia Tech massacre – the 9mm semi-automatic Glock 19 – was purchased brand new at a Roanoke, Va., gun shop, Roanoke Firearms, five weeks ago, on March 13.

According to store owner John Markell, Cho paid $571 with a credit card for the gun and a box of 50 rounds of ammunition used primarily for target practice.

Markell told CBS News that all documentation related to the gun, including the firearms transaction record, was picked up hours after Monday's shooting by three agents from the Bureau of Alcohol, Tobacco and Firearms.

Roanoke Firearms sells about 2,500 guns a year, and this isn't first time his guns have been linked to a crime. According to ATF records, 32 guns involved in crimes between 1999-2003, including 27 handguns, were traced back to purchases from the store.

As a legal permanent resident, under federal law, in order to buy the gun, Cho had to show a government-issued photo ID—in this case, his green card—and proof that he lived in Virginia—his driver's license. Cho was also subjected to an instant, criminal background check.

"It went straight through. We did the state police check with federal computers. It came back clean," Markell said.

Markell said he sells about 100 Glock 19's every year. The manufacturer says the handgun is its third biggest seller in the United States. Cho traveled 37 miles to buy his.

"My understanding is he was not nervous at all in purchasing the gun. He had knowledge of the gun—just a typical sale, nothing out of the ordinary," Markell said. "If we see a resident alien with a credit card, that's a good indication that they are good upstanding member. It's not someone you'd expected to go on a shooting spree."

Markell says while his store has surveillance cameras, there is no videotape of Cho's visit, because the store recycles the video every 30 days.

The other gun Cho used was a .22 caliber Walther semi-automatic pistol. It was acquired minutes from the Virginia Tech campus at JND Pawnbrokers in Blacksburg on February 9, according to law enforcement sources and the store's owner, Joe Dowdy. But Dowdy disputed that his shop was the original source of the weapon, suggesting instead that Cho bought it from someone else, perhaps online, and merely picked it up there.

"I did not sell him the gun," Dowdy told CBS News. He said Cho showed him a driver's license and filled out paperwork and was in his store less than fifteen minutes while state police, following a phone call from Dowdy, conducted the background check and approved the transaction.

The Walther sale appears to have been legal in Virginia; state law restricts the purchase of handguns from licensed dealers to one purchase within a 30-day time period.

Vince and gun control advocates are concerned that any foreigner who is legally in the U.S may purchase a gun from a gun dealer in almost any state, as long as the buyer has established continuous residency in that state for at least 90 days prior to the sale. Massachusetts, New York, Hawaii, and Missouri are among the handful of states that ban foreigners from buying guns, according to a review of state gun laws by the Brady Center To Prevent Gun Violence.

"The incident just gets us to think how vulnerable we are," says Vince, who now runs Crime Gun Solutions, a Maryland-based consulting firm. "We leave ourselves open for people like al Qaeda. If we saw this individual, who's a student, killing 33 people and wounding 30 others, how could trained al Qaeda people react when they're able to buy this kind of weaponry and ammunition?"