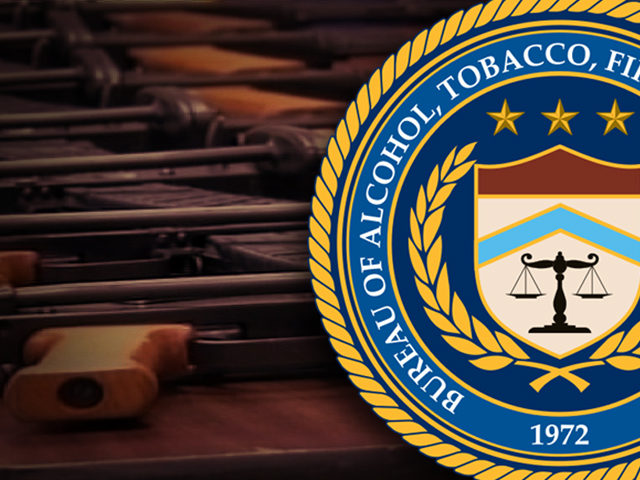 WASHINGTON - Keeping American weapons from getting into the hands of Mexican gangs is the goal of a program called "Project Gunrunner." But critics say it's doing exactly the opposite. CBS News investigative correspondent Sharyl Attkisson reports on what she found.

December 14, 2010. The place: a dangerous smuggling route in Arizona not far from the border. A special tactical border squad was on patrol when gunfire broke out and agent Brian Terry was killed.

Kent, Brian's brother, said "he was my only brother. That was the only brother I had. I'm lost."

The assault rifles found at the murder were traced back to a U.S. gun shop. Where they came from and how they got there is a scandal so large, some insiders say it surpasses the shoot-out at Ruby Ridge and the deadly siege at Waco.

To understand why, it helps to know something about "Project Gunrunner" an operation run by the ATF the Federal Bureau of Alcohol, Tobacco and Firearms.

"Project Gunrunner" deployed new teams of agents to the southwest border. The idea: to stop the flow of weapons from the US to Mexico's drug cartels. But in practice, sources tell CBS News, ATF's actions had the opposite result: they allegedly facilitated the delivery of thousands of guns into criminal hands.

CBS News wanted to ask ATF officials about the case, but they wouldn't agree to an interview. We were able to speak to six veteran ATF agents and executives involved. They don't want to be quoted by name for fear of retaliation. These are their allegations.

In late 2009, ATF was alerted to suspicious buys at seven gun shops in the Phoenix area. Suspicious because the buyers paid cash, sometimes brought in paper bags. And they purchased classic "weapons of choice" used by Mexican drug traffickers - semi-automatic versions of military type rifles and pistols.

Jaime Avila was one of the suspicious buyers. ATF put him in its suspect database in January of 2010. For the next year, ATF watched as Avila and other suspects bought huge quantities of weapons supposedly for "personal use." They included 575 AK-47 type semi-automatic rifles.

ATF managers allegedly made a controversial decision: allow most of the weapons on the streets. The idea, they said, was to gather intelligence and see where the guns ended up. Insiders say it's a dangerous tactic called letting the guns, "walk."

One agent called the strategy "insane." Another said: "We were fully aware the guns would probably be moved across the border to drug cartels where they could be used to kill."

On the phone, one Project Gunrunner source (who didn't want to be identified) told us just how many guns flooded the black market under ATF's watchful eye. "The numbers are over 2,500 on that case by the way. That's how many guns were sold - including some 50-calibers they let walk."

50-caliber weapons are fearsome. For months, ATF agents followed 50-caliber Barrett rifles and other guns believed headed for the Mexican border, but were ordered to let them go. One distraught agent was often overheard on ATF radios begging and pleading to be allowed to intercept transports. The answer: "Negative. Stand down."

CBS News has been told at least 11 ATF agents and senior managers voiced fierce opposition to the strategy. "It got ugly..." said one. There was "screaming and yelling" says another. A third warned: "this is crazy, somebody is gonna to get killed."

Sure enough, the weapons soon began surfacing at crime scenes in Mexico - dozens of them sources say - including shootouts with government officials.

One agent argued with a superior asking, "are you prepared to go to the funeral of a federal officer killed with one of these guns?" Another said every time there was a shooting near the border, "we would all hold our breath hoping it wasn't one of 'our' guns."

Then, Border Patrol Agent Brian Terry was murdered. The serial numbers on the two assault rifles found at the scene matched two rifles ATF watched Jaime Avila buy in Phoenix nearly a year before. Officials won't answer whether the bullet that killed Terry came from one of those rifles. But the nightmare had come true: "walked" guns turned up at a federal agent's murder.

"You feel like s***. You feel for the parents," one ATF veteran told us.

Hours after Agent Terry was gunned down, ATF finally arrested Avila. They've since indicted 34 suspected gunrunners in the same group. But the indictment makes no mention of Terry's murder, and no one is charged in his death.

Kent Terry said of his brother, "He'd want them to tell the truth. That's one thing my brother didn't like was a liar. And that's what he'd want. He'd want the truth.

In a letter, the Justice Department which oversees ATF says the agency has never knowingly allowed the sale of assault weapons to suspected gunrunners.