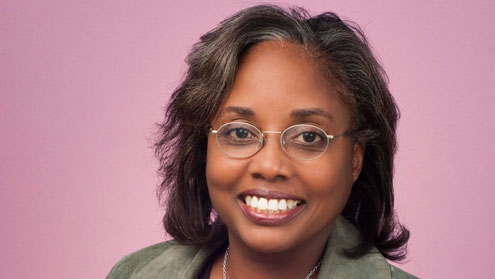 PORT-AU-PRINCE, Haiti -- An American missionary who had been working in Haiti for many years was fatally shot by gunmen in the impoverished country's capital as she sat behind the wheel of her car on a residential street, colleagues and police said Monday.

Haitian National Police spokesman Frantz Lerebours said the attackers also kidnapped a 4-year-old child from missionary Roberta Edwards' car after shooting her at close range. It was not immediately clear if the child was one of the roughly 20 youngsters who received foster care at the children's home that she ran in Port-au-Prince.

"Investigators are working to find the killers and the kidnapped child," said Lerebours, adding the incident occurred Saturday evening in the Croix-des-Bouquets district.

The Estes Church of Christ, based in Henderson, Tennessee, said the missionary's car was intentionally blocked Saturday evening by another motorist. Armed men got out of the car, fired into Edwards' vehicle and killed her.

The slain American ran the Sonlight Children's Home since 2002, according to the Tennessee church that oversaw her work in Haiti. She also directed a nutrition center that provided two meals a day, five days a week, to 160 poor youngsters, who also received funding for school fees.

Elders from the Estes Church said Edwards was a "light" to many and dedicated her life to bringing hope to the hopeless.

"It is our intention to honor her memory by continuing the battle against Satan in Haiti and pressing on in the work of God's kingdom," the group said in a statement posted on their website.

Friends say she was originally from North Carolina, but she had a home in Henderson and regularly returned to the United States from her Haiti base.

Burt Nowers, president of the Healing Hands International religious group in Nashville, said in a phone interview that Edwards was well aware of the challenges of working in Haiti's capital and owned a handgun for protection.

"She knew it was a dangerous place and she took precautions. It just didn't work out for her this time," Nowers said, adding that Edwards first moved to Haiti roughly two decades ago with her Haitian husband, but the marriage didn't last.

Nowers, whose organization worked with Edwards on projects over the years, said he was told that two older boys who received care at the children's home were in the car with the missionary when she was attacked but they escaped harm.

In May 2014, another U.S. missionary was stabbed to death in Haiti's capital. George Knoop, a 77-year-old elder with the Quisqueya Chapel in Haiti, was attacked inside his rental home and a computer was apparently stolen during the attack. The killing of the retired teacher from Chicago remains unsolved.

For decades, missionaries from across the globe have run hospitals, orphanages, schools and food-distribution sites in Haiti, the hemisphere's poorest country.