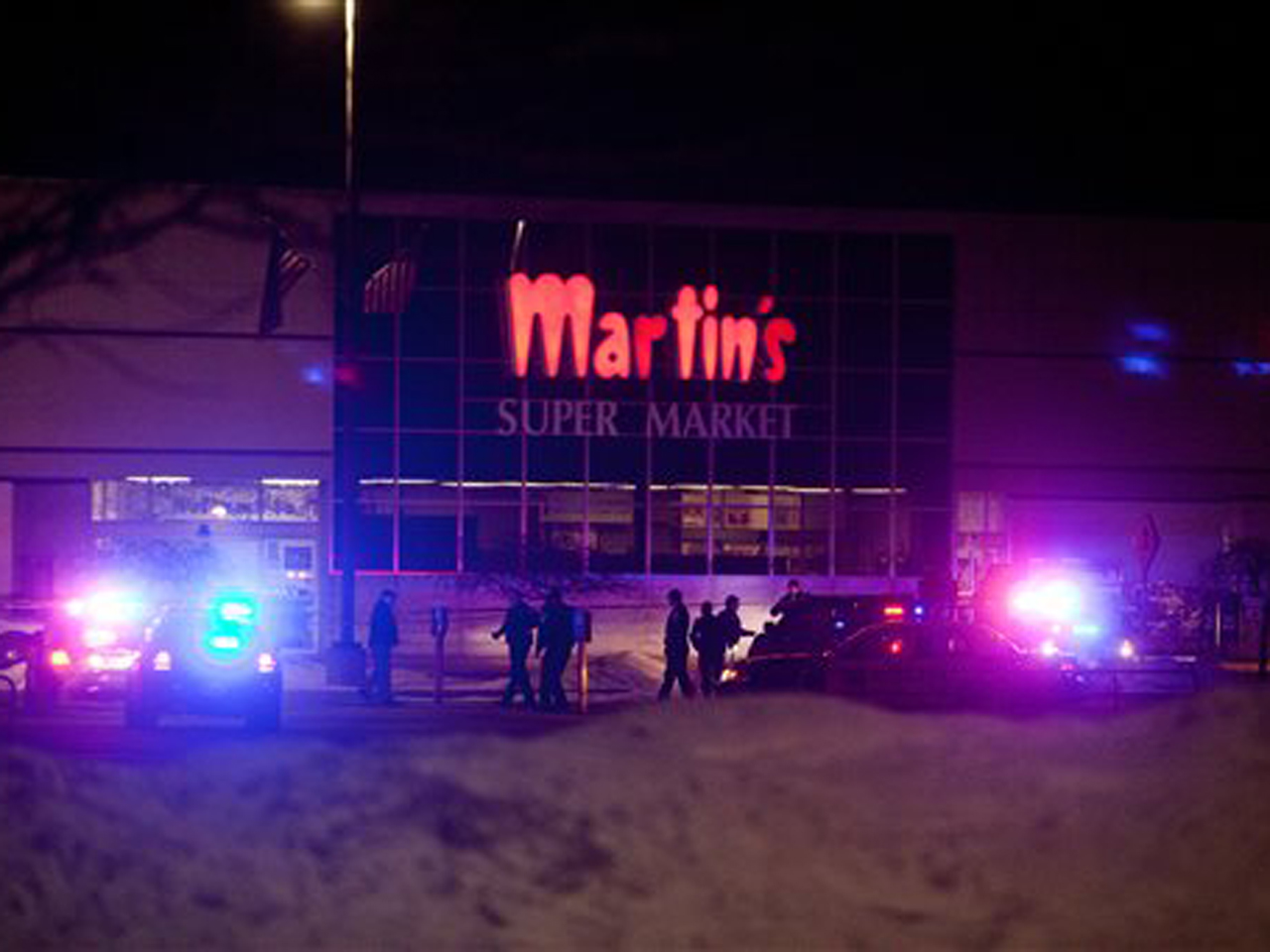 ELKHART, Ind. — A gunman walked into a northern Indiana grocery store and fatally shot two people Wednesday night before he was killed by police, authorities said.

Two police officers, who were on a routine call nearby, were able to quickly respond to the scene, Smith said.

The shooter was pointing his gun at a third person when the officers found him in a store aisle, Smith said. Elkhart police then shot and killed the gunman, who Smith said lived in the area and was in his early 20s. A large knife was also found near the man's body.

The identities of the women and gunman were not released but Smith said there was no indication that the shooter knew the victims.

"At this time, it appears that it's just random," he said. He did not elaborate.

Smith also said that there was "no doubt" that the officers' quick response saved lives.

The Indiana State Police will investigate because the Elkhart Police Department was involved in the shooting, Smith said.

"We do have a lot of things to look at as far as video surveillance," Smith said, noting that state and city police were also interviewing witnesses.

Martin's Super Market posted a statement on its Facebook page, saying: "Thank you to our community for your thoughts and prayers tonight. We will comment further when we can do so responsibly and appropriately."

Elkhart is in far northern Indiana, just south of the Michigan border, and about 15 miles east of South Bend.