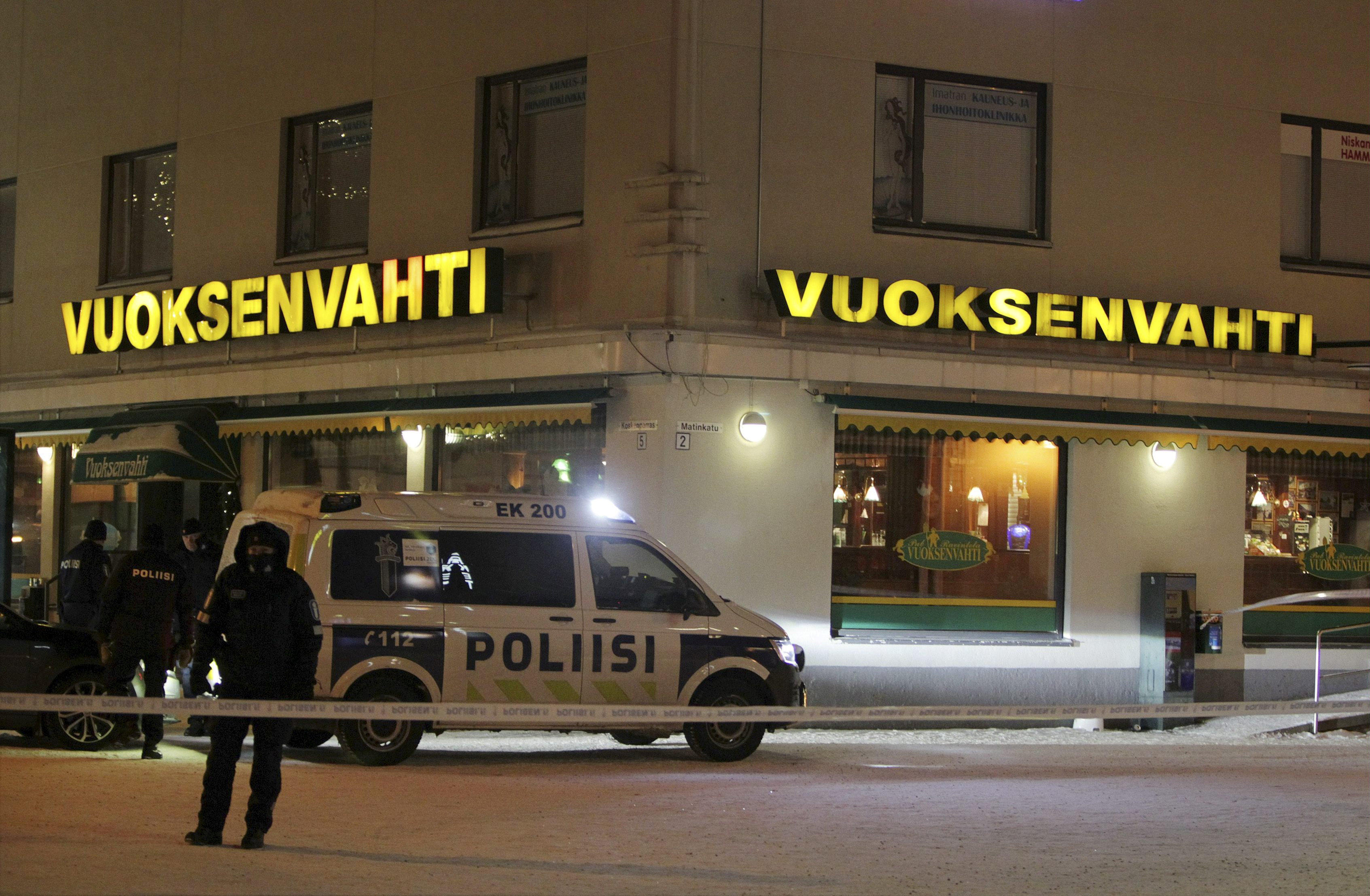 HELSINKI - A gunman killed a local town councilor and two journalists, all women, in an apparent random shooting in a nightlife district in a small town in southeastern Finland, police said Sunday. A male suspect has been detained.

The chairwoman of Imatra Town Council and two local reporters were gunned down in a pedestrian area outside a restaurant in the town just before a police patrol car arrived to the scene around midnight Saturday, police spokeswoman Heli Jamsen-Turkki said. Police said two of the victims were in their early 50s and one was in her 30s.

Police detained a 23-year-old local man who didn’t resist arrest. The three victims were shot multiple times in the head and torso with a rifle. There was no known motive.

Imatra, which has 28,000 inhabitants, is about 140 miles east of the capital, Helsinki.

“We decided to open a crisis center after the shooting occurred right in the middle of the town near restaurants and nightclubs,” said Saara Raudasoja, a spokeswoman for the South Karelia Social and Health Care District. “There were people there when it happened. In such a small place, it’s quite a huge incident and many people were shocked.”

In Finland, a country of 5.4 million people with strong hunting traditions, there are 650,000 officially recognized gun owners although homicides with guns are unusual. But after two fatal school shootings early this decade, gun laws have been tightened.