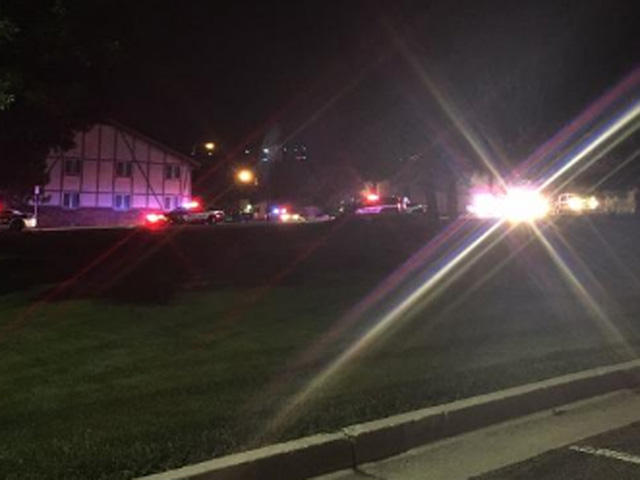 COLORADO SPRINGS, Colo. -- Hundreds of people were ordered to seek shelter Tuesday in an area of northeast Colorado Springs during an hours-long standoff at a home, reports CBS affiliate KKTV.

Police said two victims -- one shot in the mid-body area, the other in the leg -- both sustained non-life threatening injuries. They are expected to survive their injuries.

Two other people, including the presumed gunman, were hours later found dead inside a townhome complex. The second person found dead is a woman, police told KTTV.

Police added that shots were fired toward first responders, including medical crews, firefighters and officers.

As of late Monday night, no officers had been injured and none had fired any shots, Colorado Springs Police Lt. Howard Black told KKTV.

Early Tuesday, police issued an update saying there were two deceased adults in the residence:

Police are searching for a fifth individual who may have information that could help the homicide investigation. Authorities say this person is not a suspect or a threat to the community.