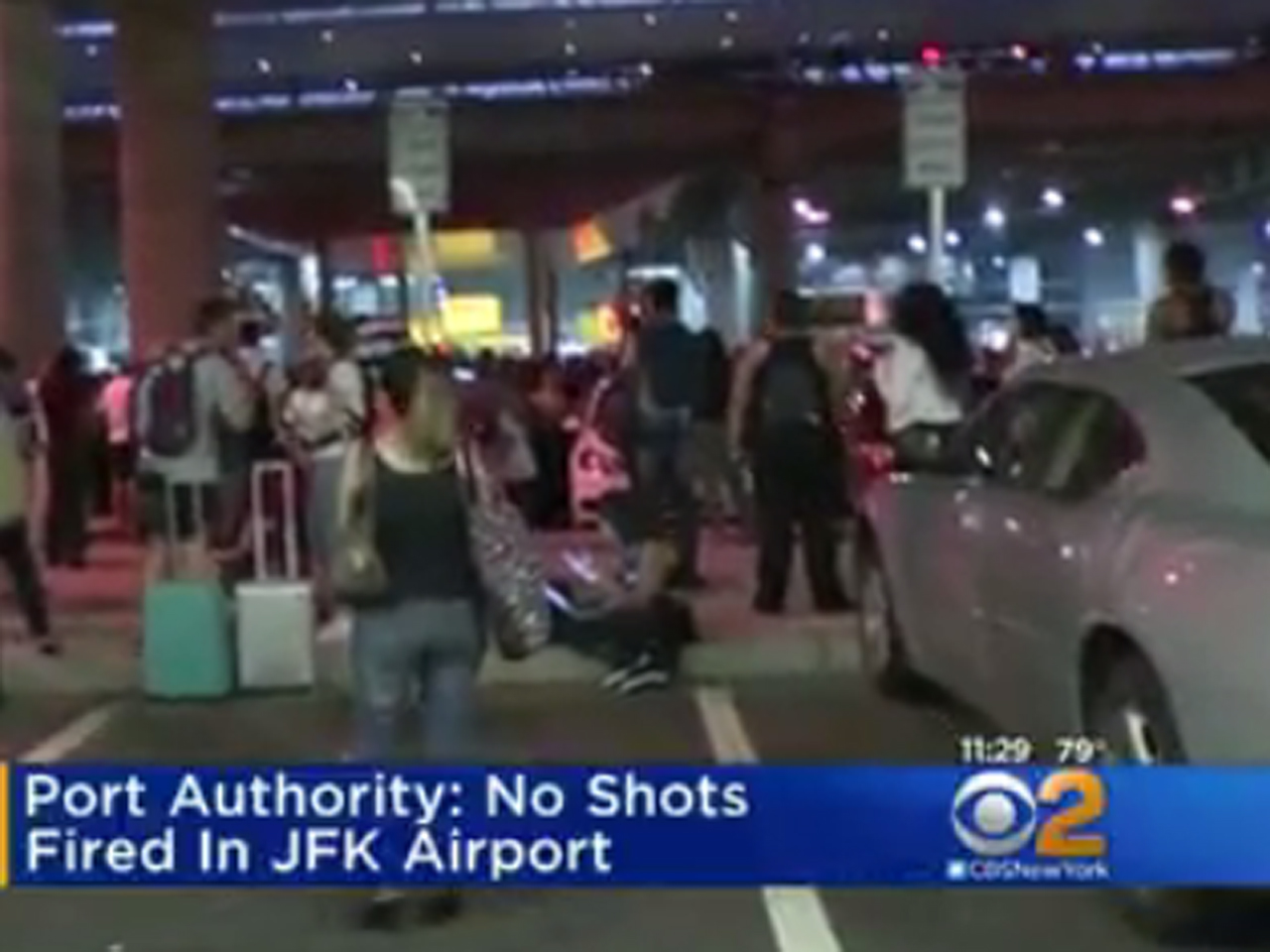 The reports, which led to some frightening moments for fliers Sunday night, were later determined to be unfounded and the airport was given the all-clear.

Police evacuated Terminal 8 around 9:30 p.m. Sunday as a precaution after receiving 911 calls about shots fired near the departures area.

Port Authority police called in officers from the New York Police Department to assist with the investigation.

A short time later, police closed Terminal 1 after they said they received additional reports of shots fired in that terminal. A highway approaching the airport also was shut down.

Passengers posted pictures and videos on Twitter that showed crowds of people gathered outside of the terminals.

CBS New York spoke to numerous passengers who were forced to evacuate.

"The Port Authority started running around with all these guns and then they eventually just told us to get out," one female passenger said.

A male passenger said, "A lot of people running, so that caused other people to run and basically everyone was kind of hiding behind objects in the terminal."

According to the flight tracking company, FlightAware, all inbound flights were held at their origin until 11:30 p.m. "due to security." Port Authority police said travelers should contact their carriers. They also warned of a "substantial PAPD and NYPD presence" at JFK and LaGuardia due to the investigation.

There were no injuries reported. It was not immediately clear what led to the airport scare.