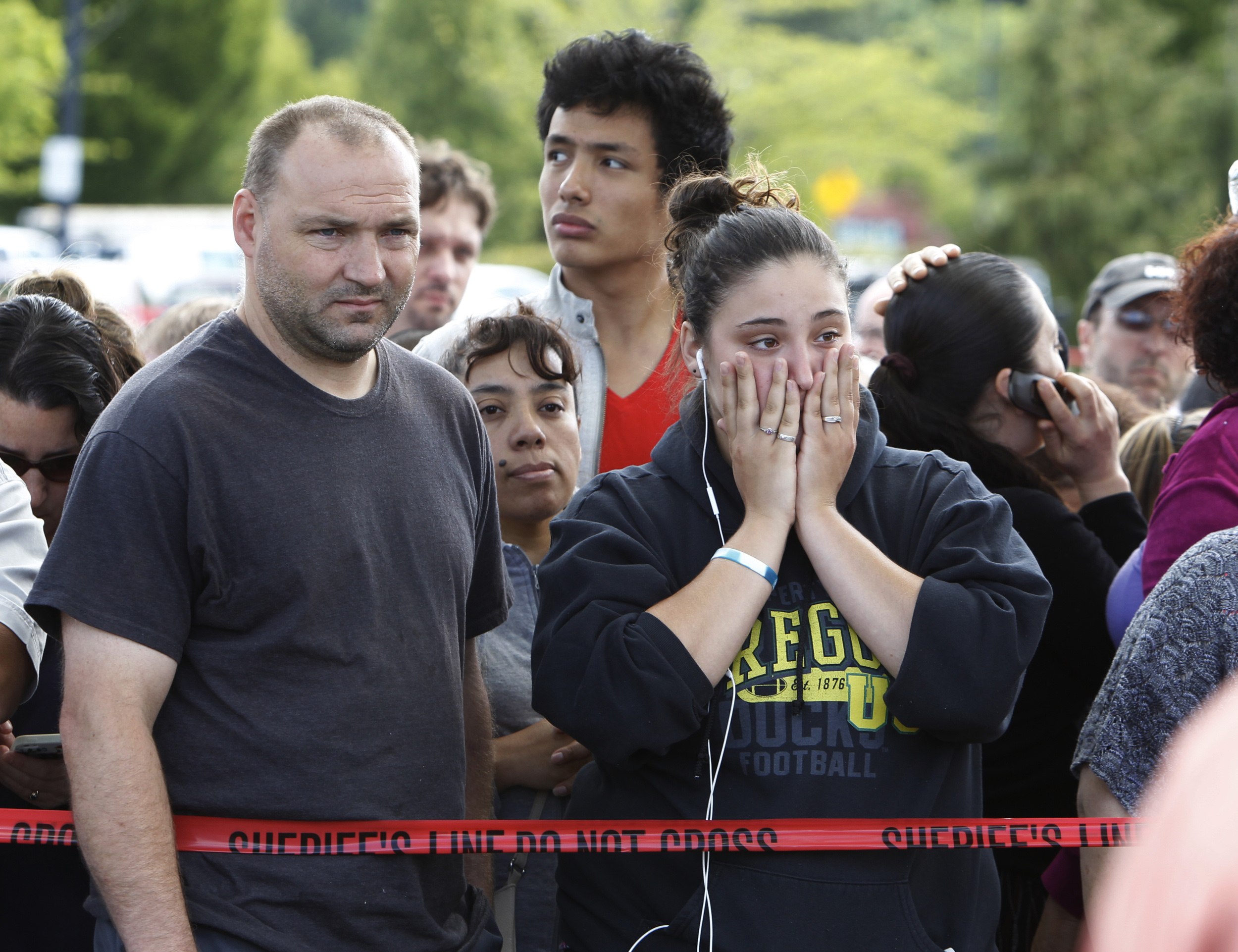 A law enforcement official tells CBS News the shooter was also a student.

Officers responded to the school shortly after 8 a.m. Police said the suspect was found dead in a school bathroom, slumped on a toilet, and that he likely killed himself.

The situation is now stabilized, according to police.

Police spokesman Sgt. Carey Kaer said police used a robot with a camera to investigate and discovered the suspect was dead. Kaer also said the shooter was a male teen.

"I'm very, very sorry for the family and for all the students and everyone who will be impacted by this tragic incident," Anderson said at a brief news conference Tuesday.

He later told reporters the lone gunman used a rifle.

Parents were being reunited with their children Tuesday afternoon, officials said. Police haven't released the identities of the suspected gunman or the student victim, though they say they have a tentative ID on the shooter.

Citing the school district, CBS affiliate KOIN reports that a coach who was teaching a weight lifting class was grazed in the hip by a bullet. At a later afternoon news conference, Anderson confirmed that a teacher suffered non-life-threatening injuries and was treated at the scene.

Wednesday is scheduled to be the final day of the school year at the high school, reports KOIN, and seniors were thought to already have completed classes.

"This is a very tragic day, one that I had hoped would never, ever be part of my experience," Reynolds School District Superintendent Linda Florence said at the conference.

"This has been a very unsettling day for our precious city.... My heart goes out to all the families," Troutville Mayor Doug Doust told reporters.

Multiple agencies responded to the scene, KOIN reported. Anderson said that, after the situation was stabilized and students were being evacuated from the school, a gun was found on one person, who was taken into custody. The identity of the gun holder was not revealed, but Anderson said the incident was unrelated to the shooting.

Sixty police and sheriff's units were on hand, as well as 19 medical personnel. A LifeFlight helicopter landed in a nearby field, according to the station.

KOIN reports a student inside the 2,800-student school tweeted just after 9 a.m. that while some students had been evacuated, "most" were on lockdown. One student reportedly told a parent the shooting began in the school's gymnasium, though police have not been able to confirm specific details.

TV news showed students being led from the school with their hands on their heads.

Freshman Daniel DeLong, 15, said while waiting after the shooting that he saw a physical education teacher at the school with a bloodied shirt.

He said he was texting friends to make sure they were all okay. "It just, like, happened so fast, you know?" DeLong said.

Freshman Morgan Rose, 15, said she was hunkered down in a locker room with another student and two teachers. "It was scary in the moment now knowing everything's okay," she said.

He said one of his biggest regrets during his five-and-a-half years in the White House is "the fact that this society has not been willing to take some basic steps to keep guns of the hands of people who can do just, unbelievable damage."