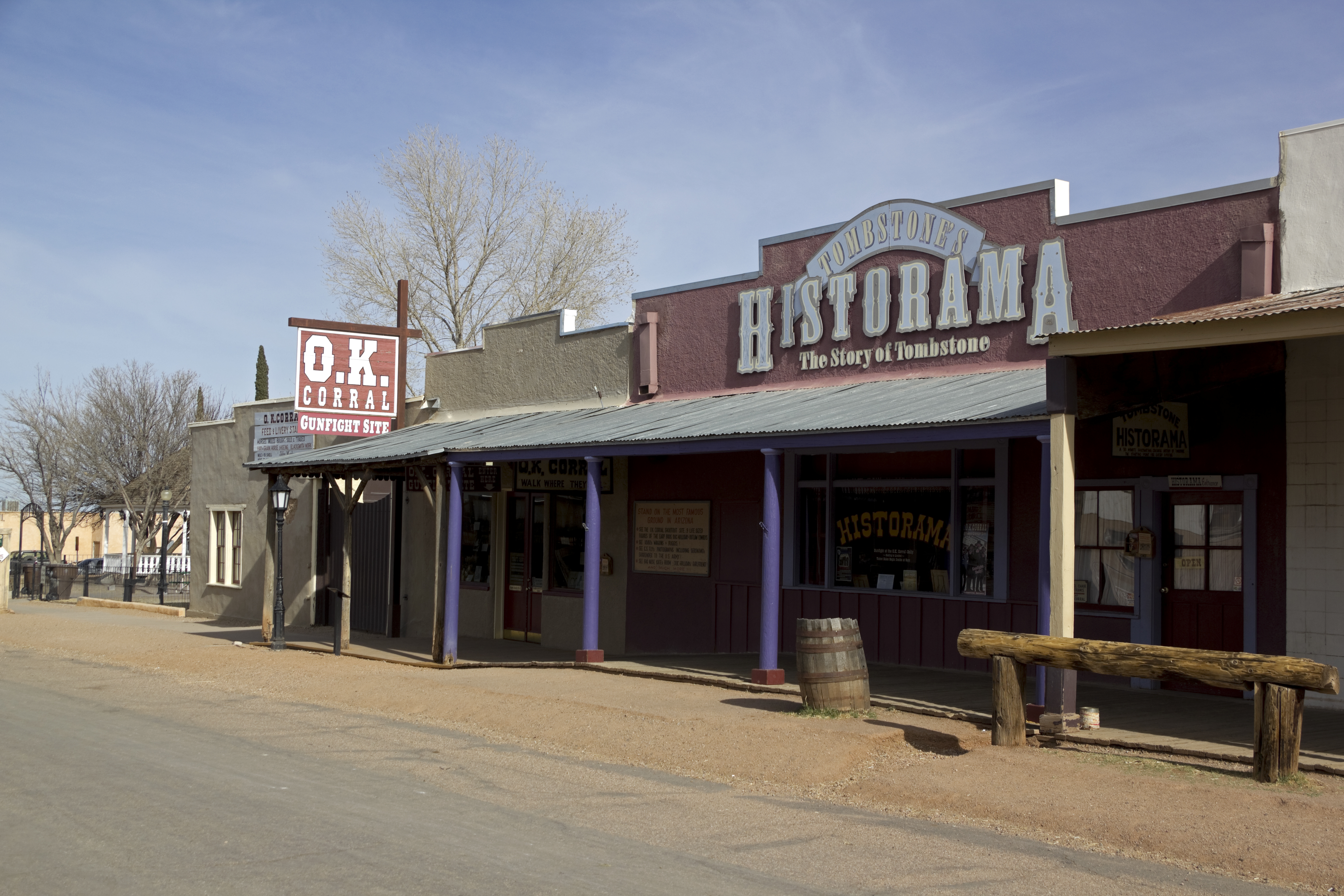 TOMBSTONE, Ariz. -- Two people were hit with bullets Sunday during a gunfight re-enactment in the Old West town of Tombstone that was supposed to involve blanks.

The shooting occurred Sunday afternoon as two actors in the Tombstone Vigilante group engaged in a standoff as they re-enacted an episode from the town made famous by Wyatt Earp, Doc Holliday and the O.K. Corral.

CBS Tuscon affiliate KOLD-TV, citing the Cochise County Sheriff's Office, reports Ken Curtis was struck in the upper-groin area. Curtis fell to the ground and was flown to a hospital in Tucson, where he underwent surgery to remove the bullet.

Other rounds struck businesses and a female bystander. The sheriff's office told KOLD says the woman was hit by shrapnel and refused medical treatment.

The marshal says authorities inspected the weapon and found one live round in the cylinder along with five casings that indicated the six-shooter was filled with live rounds prior to the skit.

"Tombstone takes pride in the safety and security of its townspeople and tourists alike and the citizens of Tombstone can be assured that stringent safety protocol will be enforced prior to allowing any further gunfight skits," the Marshal's Office said in a statement.

The Tombstone Vigilantes were formed in 1946 and are dedicated to preserving and passing along Tombstone's rich history to the many tourists who come to the town near the U.S.-Mexico border about three hours from Phoenix. The group also performs mock hangings in which unsuspecting victims are tried and convicted by the Tombstone Vigilantes.

Tombstone was once a bustling mining town in the 1800s but now has about 1,500 residents and mostly caters to visitors who come to see gunfight re-enactments and historical sites.

The records separated by the Justice Dept filter team in the Mar-a-Lago search
Thanks for reading CBS NEWS.
Create your free account or log in
for more features.
View CBS News In
CBS News App Open
Chrome Safari Continue
Be the first to know
Get browser notifications for breaking news, live events, and exclusive reporting.