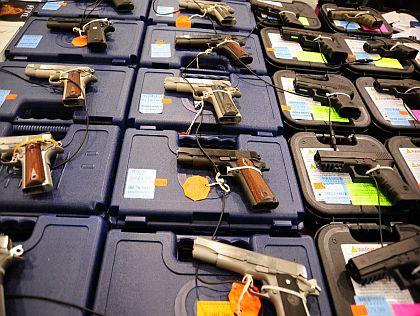 (CBS) AURORA, Colo. - Gun shops in the Denver area report seeing more and more people buying guns and taking gun safety classes after the Sikh temple shooting in Wisconsin on Sunday, close on the heels of the Colorado theater shooting last month, according to CBS Denver.

Applications for conceal carry permits have doubled and tripled in the surrounding counties since the shootings, the station reports.

Although the sheriff's office says that some permits were already in the process of being approved, gun shops say many first timers are buying guns for personal safety.

According to CBS Denver, many of these first-timers are women, like Gina Williams.

"Some of these incidents recently just happened and I thought, 'Well, I had an interest before, so why not step it up a little bit,' " Williams said.

Richard Taylor, manager of The Firing Line indoor shooting range and gun shop in Aurora, says he's seen a 25 to 30 percent increase in business, with many first-time gun owners a good portion of his business.

"We also have a lot of older couples, their first firearms purchase, maybe 65 or 70; they're concerned about home invasions or something like that," Taylor told CBS Denver.

The Colorado Bureau of Investigation found a 41 percent increase in background checks for gun sales in July, when compared to July of last year.

Woman have found that they are receiving special treatment from gun sellers. The Firing Line is offering a free day for ladies to shoot, and another range has gun safety classes just for women.

Gina Williams said that she is ready for her own handgun and wants to have a conceal carry permit.

"I want to defend myself," she said.