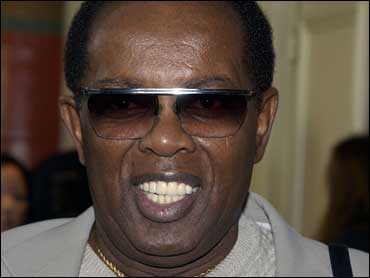 CBS' NFL announcing team will have a decidedly NBC flavor next season.

"These two names were always at the top of our wish list," CBS Sports executive producer Terry Ewert said. "Phil has distinguished himself as one of the best analysts in his three years at NBC. And it is great to welcome home Greg Gumbel back to CBS."

CBS also announced that it hired NBC analyst Randy Cross to work either on games or in the studio, and that Jim Nantz will anchor the "NFL Today."

NBC lost the rights to the AFC games earlier this month to CBS, which agreed to pay $500 million a year for the games. That left CBS scrambling for talent and NBC announcers looking for work.

Gumbel and Cross both worked at CBS before the network lost the rights to the NFL in 1993. Gumbel said he has always been grateful to CBS for the giving him his first network job in 1989.

"They took a flyer on me eight years ago to host a studio show that a lot of people didn't think I could handle," said Gumbel, who anchored the "NFL Today" from 1990-93. "The opportunity to do the primary game is too good to pass up, especially the chance to work with Phil."

Simms, a 15-year NFL veteran as a quarterback for the New York Giants, began his broadcasting career in 1994 at ESPN. He spent the last three years teamed with Dick Enberg and Paul Maguire on NBC's lead announcing team and has called two Super Bowls, including this year's game.

Simms has developed into one of the top analysts in the business, for which he credited his former partners. He said his first game without Enberg and Maguire at his side will feel strange.

"If you look at Dick and Paul and myself, we all look different and act different, but what made us so great is we got along so well off the air," Simms said. "The comforting factor about this is that I know Greg pretty well and I am confident we will work well together."

Working in a two-man booth will be a change for Simms, but not one he is unprepared for. Last year, Simms worked one game alone with Enberg, which he said gave him confidence that he can adjust to the change.

"It gives you more time to elaborate on some of you analysis," he said. "But I don't want to sit there and beat you to death with a point either."

It is also a role change for Gumbel, who has been an NFL studio host since 1990.

"I have always been pretty comfortable doing either studio or games," Gumbel said. "After being in the studio for while it gets to be a bit of a grind. It's still enjoyable, but it's a grind."

Gumbel, whose contract at NBC went through June, will leave the network after Sunday's Knicks-Heat NBA game. His first duties at CBS will be as host of the NCAA tournament studio show.

"My intention was to fulfill my contract at NBC, but it was NBC's desire to part ways now because the announcement was made," Gumbel said.

Tom Hammond, NBC's No. 3 basketball announcer, is expected to take Gumbel's place on the second team alongside Bill Walton and Steve Jones.