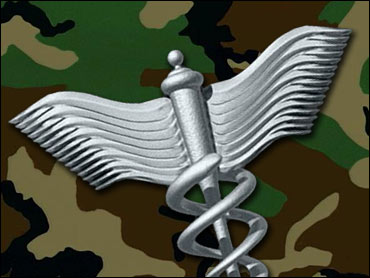 This comes eight months after a government advisory panel acknowledged that U.S. soldiers who served in Iraq and Kuwait in the early 1990s suffer increased rates of many ailments.

Two regions of the brain involved in thinking and memory were significantly smaller in veterans who returned with more than five health problems than in those who had fewer ailments, says study head Roberta White, M.D., chairman of environmental health at the Boston University School of Public Health. Furthermore, "these changes correlated with delayed recall and learning on standard memory tests," she tells WebMD.

Robert W. Haley, M.D., professor of internal medicine and chief of epidemiology at the University of Texas Southwestern Medical Center in Dallas, says the findings suggest that "there is a loss of brain cells due to a toxic effect of pesticides and nerve gas, which then causes brain volume shrinkage." Haley was not involved with the work, presented at the annual meeting of the American Academy of Neurology.

Last September, experts convened by the Institute of Medicine said they could find no evidence of a 'Gulf War syndrome,' striking a blow to veterans who maintain that exposures to pesticides, weapons residues, or other chemicals caused a set of symptoms unique to their service in Operation Desert Storm.

But the IOM did affirm that combat veterans are more likely to have many individual ailments, including fatigue, joint pain, memory loss, severe headaches, and respiratory and skin ailments, which interfered with normal daily activities.

The new study included 36 vets of the war. Half returned with five or more of these symptoms, and half had fewer symptoms.

All the participants had their brains scanned with magnetic resonance imaging (MRI). The brain scans showed that the cortex — a region responsible for processing thought, perception, and memory, among other things — was 5 percent smaller in vets in the high-symptom group than in the low-symptom group.

Additionally, the rostral anterior cingulate gyrus — an area related to logical thought — was 6 percent smaller in the high-symptom group than in the low-symptom group.
The researchers also found that the smaller the brain volume in those areas, the worse the veterans performed on standard memory and recall tests.

"These are really important findings given that the IOM has stated that the Gulf War syndrome is imaginary and has no physical basis," White says. "When you combine these findings with greater rates of ALS (Lou Gehrig's disease) in the vets, it is pretty clear something happened to the Gulf War veterans' brains and we're just beginning to see what these effects are."