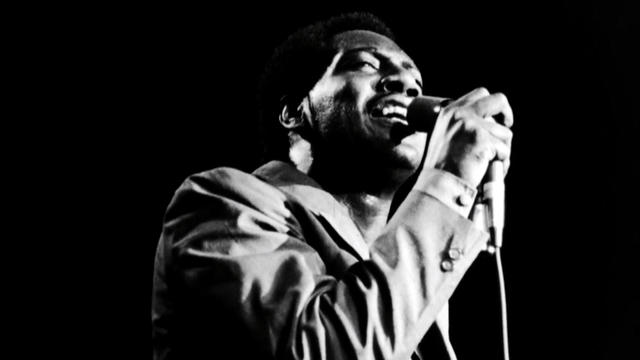 Singer Otis Redding has been called an emotional explosion on stage and a soul singer who demanded respect. Redding, who started in Little Richard's backing band, once said: "I want to fill the silent vacuum left...when Sam Cooke died." He was on the cusp of that kind of success 50 years ago this Sunday when he was killed in a plane crash.

"If you took a fruit jar of Little Richard and a fruit jar of Sam Cooke and mixed 'em together you'd get Otis Redding," said Steve Cropper, the legendary guitarist of Booker T. & the M.G.'s.

Cropper was in the Memphis studio when Redding first auditioned for Stax Records and owner Jim Stewart in 1962.

"He started singing 'These Arms of Mine.' I just said, 'Stop.' he said, 'What, you don't like it?' I said, 'No, I love it. Just hold it right there, don't move.' I went running up to the control room. I said, 'Jim Stewart, you've gotta come down and hear this guy's voice. You're gonna die.' Cause the hairs stood up on my arm," Cropper said.

"These Arms of Mine" would be the first of a run of R&B hits for Redding through the mid-60s that made him one of the most popular entertainers among African-American audiences. But his breakthrough with white audiences in America came in 1967.

At the Monterey Pop Festival, in a legendary performance preserved in the documentary "Monterey Pop," Cropper played guitar behind Redding.

"We had no idea what the reaction was gonna be. And it was unbelievable," Cropper said.

Redding suddenly had the attention of the pop world. Now all he needed was a crossover hit.

"He called me from the airport. He said, 'I got a hit, I'm comin' right down," Cropper said.

In late November, he brought a song he'd started on a houseboat overlooking San Francisco Bay.

"That afternoon, it was done. We went and cut it the next day. I think there's three takes of it," he said.

Two weeks later, Cropper was getting ready to overdub some guitar licks to the track, when Redding came by.

"And the last time I saw Otis, he popped his head in the door and said, 'I'll see you Monday.' And I said, 'Great,'" Cropper recounted.

That weekend, Redding's private plane crashed outside Madison, Wisconsin, killing the singer and four members of his backing band, the Bar-Kays. Redding was 26.

The label rushed to release an Otis Redding song. Cropper was sent into the studio to put the finishing touches on "(Sittin' On) The Dock of the Bay." Cropper said he tried not to have Redding in his head while he did it, but he did know what he wanted.

"Yeah, I think that was a motivation. I started on a Tuesday morning and I handed it to a flight attendant on Wednesday morning."

"(Sittin' On) The Dock of the Bay" became the first posthumous No. 1 record on the Billboard charts and won Redding and Cropper the Grammy.

"There's a message in there that pretty much hits everybody."

Redding finally had the crossover hit we still remember him by. "(Sittin' On) The Dock of the Bay" became the sixth most played song of the 20th century.