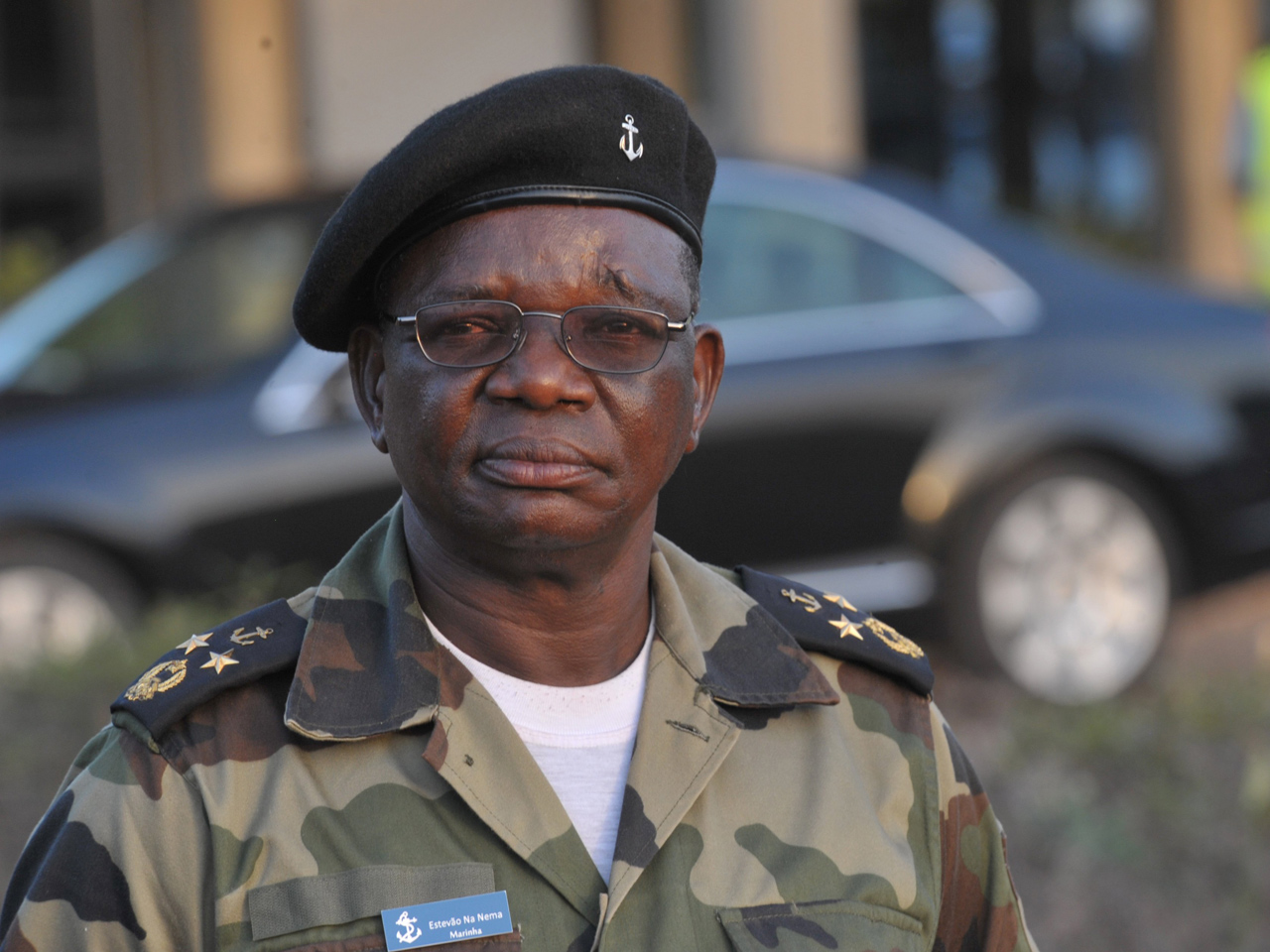 (AP) BISSAU, Guinea-Bissau - The second-place finisher in Guinea-Bissau's presidential election on Monday denounced last week's military coup, when soldiers attacked his opponent's home with grenades and arrested him weeks before the runoff vote.

Kumba Yala, a former president who was himself overthrown in a 2003 coup, issued a statement along with four other ex-candidates, saying they all "strongly condemn all forms of taking power by force."

The announcement came amid speculation about who is supporting the military coup leaders who grabbed power on Thursday — not long before voters were due to return to the polls for a second round in the presidential election.

Meanwhile, West African regional mediators headed to Guinea-Bissau for talks with the military coup leaders who seized power last week. On Sunday, they said they were forming a National Transitional Council along with various opposition parties but without the participation of Guinea-Bissau's ruling party.

Prime Minister Carlos Gomes Jr., who was the front-runner in this month's presidential runoff vote set for April 29, remains in military custody as does interim President Raimundo Pereira, who took power after Guinea-Bissau's president died in January.

A Portuguese government official, speaking on condition of anonymity because he was not authorized to speak to reporters, said Portugal has received information that both men were doing well.

The prime minister needed insulin and the Portuguese Embassy organized for the Red Cross to get it to him on Saturday, the official said.

The special election was being held after the country's elected president died from an illness at a Paris hospital in January. However, Yala — the second-place finisher — was planning to boycott because of irregularities in the first round of balloting.

Guinea-Bissau has weathered successive coups, attempted coups and a civil war since winning independence from Portugal in 1974.

The country has been further destabilized by a booming drug trade. Cocaine is smuggled across the Atlantic Ocean from South America in boats and planes which dock on Guinea-Bissau's archipelago of virgin islands. The drugs are carried north to Europe.

The unrest in Guinea-Bissau takes place just weeks after mutinous soldiers overthrew the democratically elected president of Mali, who was about to retire after an April election. The country's junta leader handed over power to an interim civilian president last week.

Guinea-Bissau's upheaval presents another dilemma for the regional bloc known as ECOWAS, which is already considering military force to oust rebels who declared independence in northern Mali.

U.N. Secretary-General Ban Ki-moon is "gravely concerned that despite calls by the international community for the immediate restoration of constitutional order in Guinea-Bissau, the leaders of the 12 April 2012 coup d'etat are instead deepening the political crisis in the country by announcing plans to establish a national transitional government," his spokesman said in New York.

"This is particularly disturbing as it comes at a time when the people of Guinea-Bissau should be preparing through multiparty democratic elections to elect a new president," the U.N. chief said, according to his spokesman, Eduardo del Buey.

Ban is "concerned about the continued detention of Guinea-Bissau's interim president, the prime minister and other national officials" and once again called for their immediate release, he said.