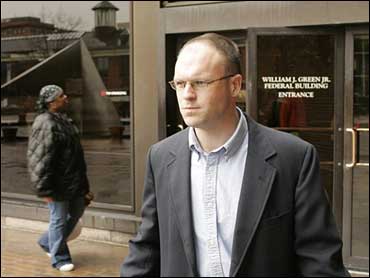 A 40-year-old intern with the National Archives pleaded guilty Wednesday to stealing 164 Civil War documents — including the War Department's announcement of President Abraham Lincoln's death — and selling most of them on eBay.

Denning McTague, who worked as an unpaid intern at a National Archives and Records Administration facility in the city last summer, pleaded guilty to one federal count of stealing government property.

The stolen documents were worth $30,000, and all but three have been recovered, prosecutors said. McTague, of Philadelphia, put about 150 of them for sale online and actually completed sales on about half of those, prosecutors said.

McTague, who holds master's degrees in history and library science, told investigators he took the documents out of the building hidden inside a yellow legal pad.

Paul Brachfeld, inspector general for the National Archives, said the documents are invaluable in that they help tell the history of the United States.

"I don't see certain documents as being less important. They're all the history of our democracy," he said.

The recovery of the far-flung documents proved an arduous task, he said. At least some were sold overseas.

"In this day and age, where you have so many transactions going over the Internet, documents can move very quickly," Brachfeld said.

The investigation began in the fall after a Gettysburg company that publishes books on the Civil War recognized the eBay items as National Archives documents and alerted authorities, officials said.

As an intern, McTague was responsible for arranging and organizing documents in preparation for the upcoming 150th anniversary of the Civil War. His responsibilities included ordnance records dating from 1816 to 1907, prosecutors said.