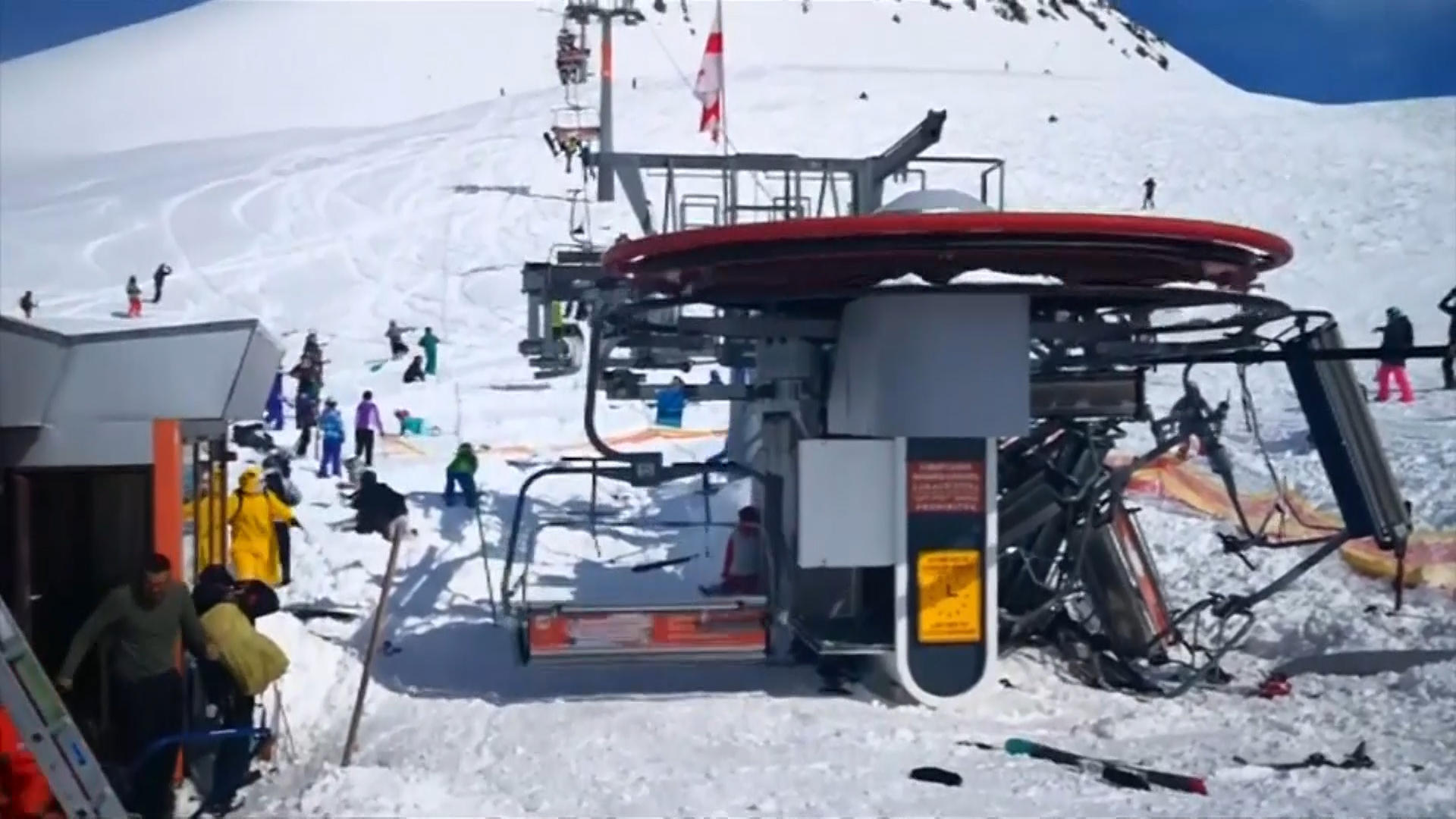 It happened at the Gudauri ski resort in the Caucasus mountains, near the border with Russia.

According to the Georgian Minister of Health, Labor and Social Affairs, Davit Sergeenko, a total of eight people were taken to a hospital in Gudauri, but one was quickly discharged.

"Fortunately, there are no casualties or serious injuries," Sergeenko was quoted as saying by local media.

Only two of the injured skiers were said to be non-Georgian: one Ukrainian and one Swiss national.