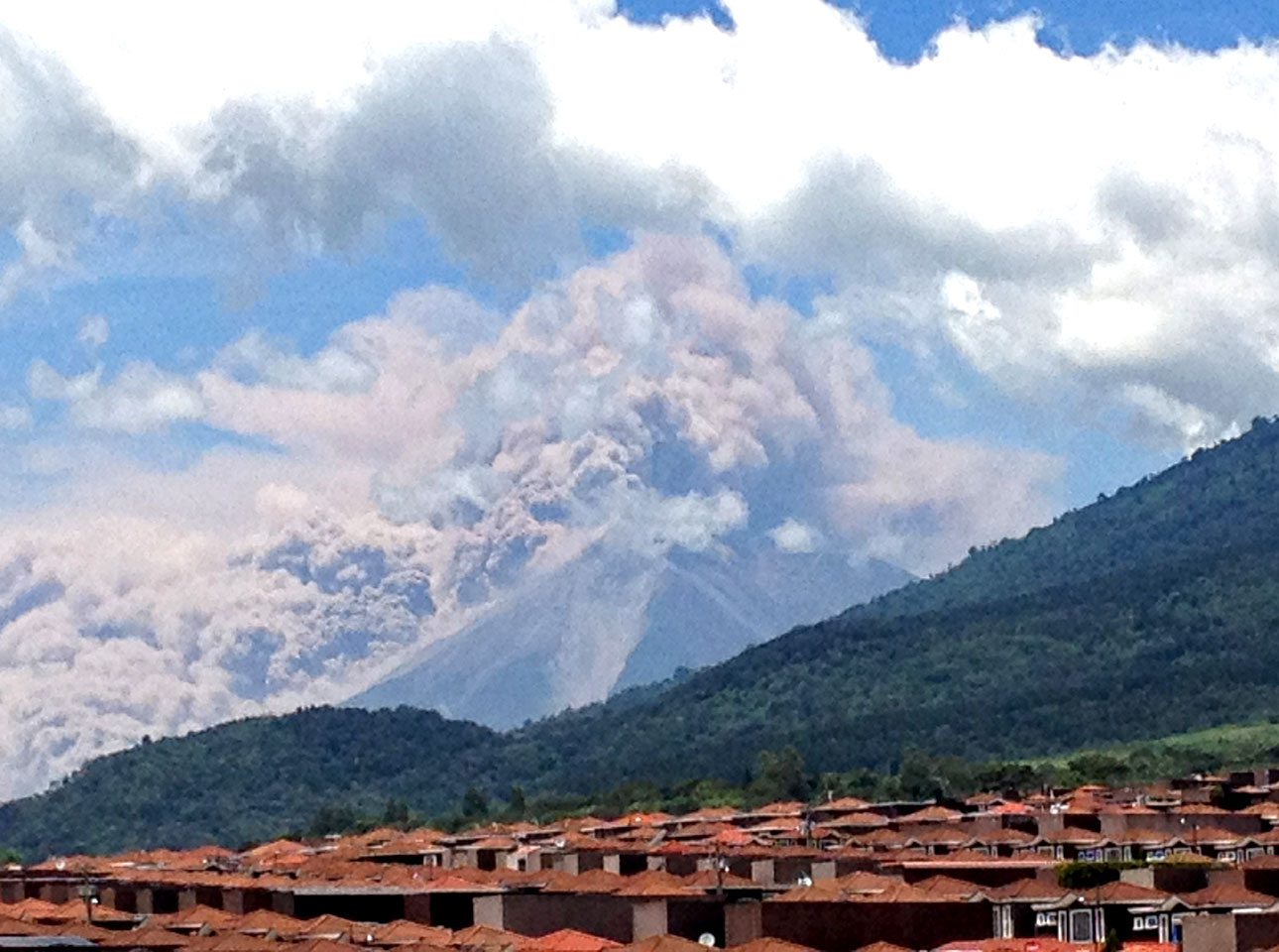 (CBS/AP) GUATEMALA CITY (AP) - A long-simmering volcano outside one of the Guatemala's most famous tourist attractions exploded into a series of powerful eruptions Thursday, hurling thick clouds of ash nearly two miles high, spewing rivers of lava down its flanks and forcing the evacuation of more than 33,000 people from surrounding communities.

Guatemala's head of emergency evacuations, Sergio Cabanas, said the evacuees were leaving some 17 villages around the Volcan del Fuego, which sits about six miles southwest from the colonial city of Antigua. The ash was blowing south and authorities said Antigua was not currently in danger, although they expected the eruption to last for at least 12 more hours.

The agency said the volcano spewed lava nearly 2,000 feet down slopes billowing with ash around Acatenango, a 12,346-foot-high volcano whose name translates as "Volcano of Fire."

"A paroxysm of an eruption is taking place, a great volcanic eruption, with strong explosions and columns of ash," said Gustavo Chicna, a volcanologist with the National Institute of Seismology, Vulcanology, Meteorology and Hydrology. He said the cinders spewing from the volcano were settling a half-inch thick in many places.

He said extremely hot gases were also rolling down the sides of the volcano, which was entirely wreathed in ash and smoke. The emergency agency warned that flights through the area could be affected.

There was a general orange alert, the second-highest level, but a red alert south and southeast of the mountain, where, Chicna said, "it's almost in total darkness."

Teresa Marroquin, disaster coordinator for the Guatemalan Red Cross, said the organization had set up 10 emergency shelters and was sending hygiene kits and water.

"There are lots of respiratory problems and eye problems," she said.

Volcan del Fuego is one of Central America's most active volcanoes, according to the Smithsonian Institute's Global Volcanism Program. The last known eruption was in 2011.