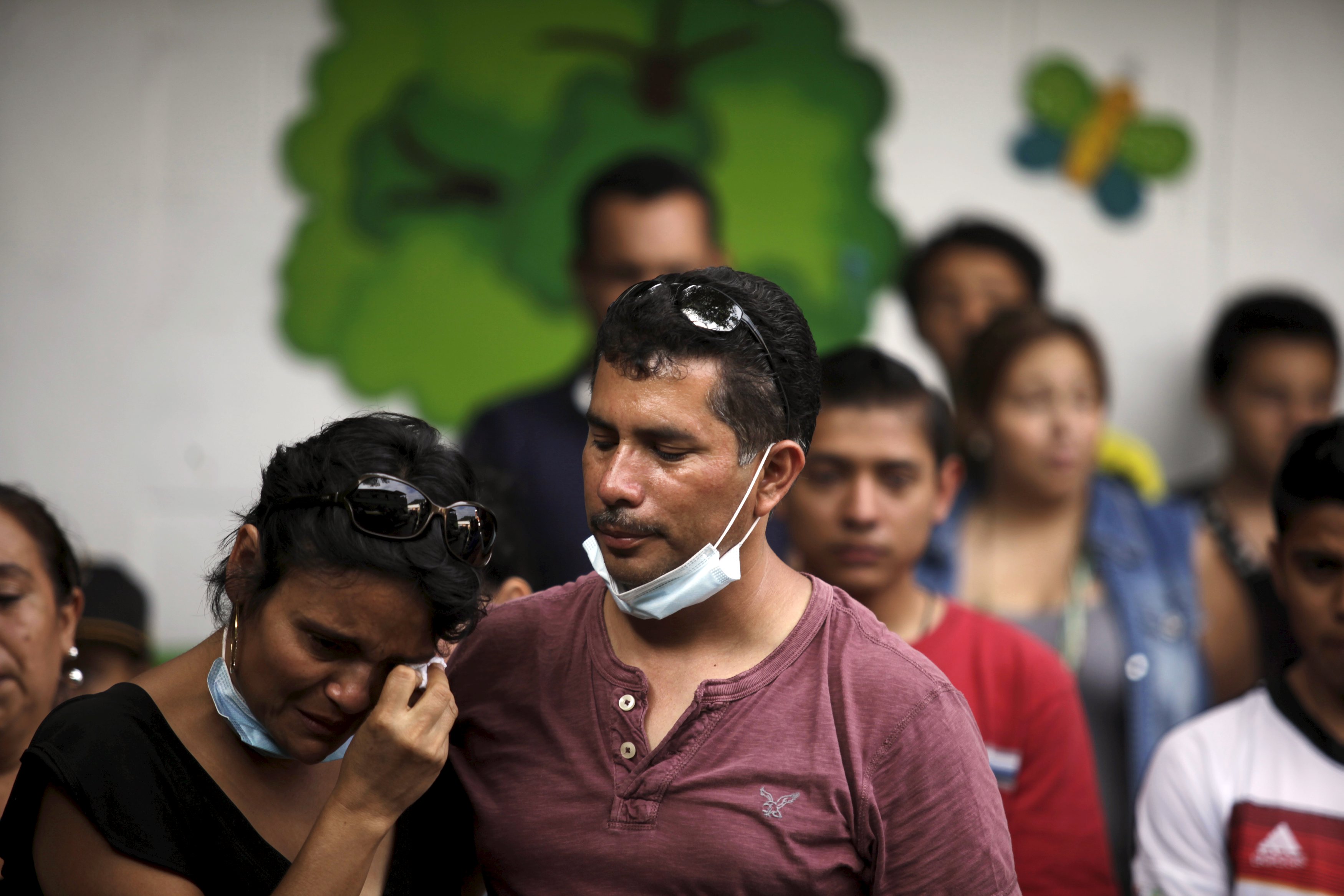 SANTA CATARINA PINULA, Guatemala -- Emergency workers spent a fourth day digging bodies out of a massive mudslide on Monday, watching the death toll rise to 152 as questions mounted about why people were allowed to build homes at the base of a dangerous hillside next to a small river.

Backhoes continued to remove thousands of tons of dirt from the acres-wide mudflow on the outskirts of Guatemala City, with practically no hope of finding anyone alive and increasing difficulties in rescuing whole bodies. Emergency services coordinator Sergio Cabanas said five more bodies had been uncovered, bringing the confirmed death toll to 152; about 300 people remain missing.

Guatemala's national Disaster Reduction Commission, known as the Conred, said Monday it had warned about the risk to the Cambray neighborhood since last year, and had recommended that residents be relocated.

The commission has now declared the Cambray area uninhabitable, and many residents are now living in shelters.

Commission Director Alejandro Maldonado said he had warned Mayor Tono Coro of the municipality of Santa Catarina Pinula that the river was eating away at the base of the steep hill.

Maldonado said he was waiting for a report from local authorities about what they had done in response to the warning.

Municipal spokesman Manuel Pocasangre said local authorities had warned residents about the dangers, but the inhabitants did not want to leave their homes.

Maldonado acknowledged there are many neighborhoods like Cambray in and around Guatemala City that are at risk of flooding or mudslides.

"What happened in Cambray is just a tragic case of what could potentially happen throughout the city," Maldonado said.

Rescue efforts resumed early Monday, but overnight rain made the digging more precarious, said fire department spokesman Julio Sanchez. He said the number of rescuers has been reduced and crews were using heavy machinery to move the mud.

Maldonado said authorities are still committed to recovering the bodies of victims, but stressed "we are not going to risk more lives unnecessarily." In the past, some mudslide areas have been left partially unexcavated and declared de-facto graveyards.

On Monday, 187 people waited on cots inside the Salon Municipal, an auditorium the town usually employs for events and parties. Displaced families could find food, medical services, activities for children and psychological services there.

But no one yet was talking about relocation or compensation for losing their homes, most of which remain intact and weren't hit by the slide.

Most people there were homeowners, and said they built their homes with all the proper permits, and never had any warning of slide danger. They were more focused on the river that occasionally overflows its banks.

Sonia Hernandez, 26, who had 10 family members displaced and five from another house missing, said they were never warned of the danger. She said her parents had had their home there for 20 years.

"If we had been warned of the danger we were running we never would have bought ... practically our own tomb," Hernandez said.

Clara Elena Solorzano, 40, had lived in the neighborhood for 17 years in a house built by her husband. They only ever thought of the river as a danger, but it had never reached their home. She never heard anything about a risk of mudslides.

Now she expects the government to help them find a new place to live.

"They told us they have to get organized, they have to buy land," she said. "Also that they're getting money together to buy us homes, but nothing concrete."

Rescuers had decided to keep individual emergency workers, relatives and reporters off the mound of dirt. Instead of digging by hand and listening for survivors, crews planned to use mostly backhoes and bulldozers to speed up the search for bodies.

Already the identification process was changing. After three days in mud and water, bodies were nearly unrecognizable. Morgue workers explained that they were moving away from physical identification and relying solely on fingerprints. As the recovered bodies decomposed more, they would use DNA, said municipal medical examiner Dr. Carlos Augusto Rodas Gonzalez.

Cabanas said late Sunday, "Technically, there are no survivors," though there were faint hopes.

The homes closest to the collapsed hillside are covered so deep that rescuers have had a hard time reaching them; those farther away - and closer to the river - have been flooded, suggesting that anyone trapped inside would have drowned.

About 70 pieces of heavy equipment, mainly backhoes, continued to battle with the huge mound of earth, estimated to contain 3 million cubic yards of dirt.

Prosecutor Edwin Garcia said that "at the beginning, there was no problem because you could see bodies. The problem now is that they are coming up too dismembered."