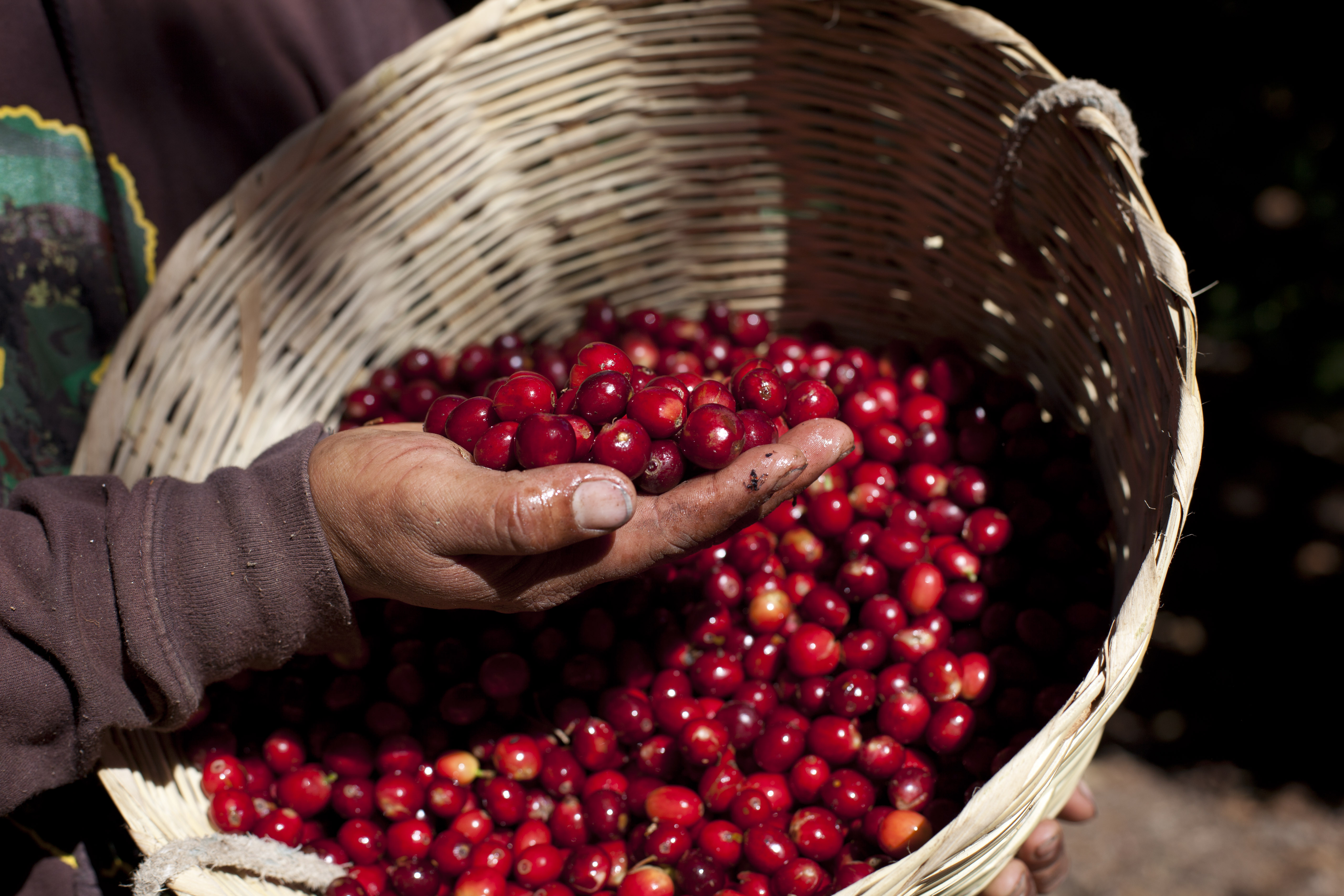 GUATEMALA CITY Guatemala's president declared a national emergency Friday over the spread of coffee rust, saying the fungus that has hit other Central American countries is affecting 70 percent of this nation's crop.

President Otto Molina Perez ordered the release of more than $14 million to aid coffee growers. He said the funds would help 60,000 small farmers buy pesticides and also finance instruction to teach them how to prevent the disease and stop it from spreading.

"If we don't take the needed measures, in 2013-2014 our production could drop by 40 percent," Molina said in making his country the third in the region to decree emergencies in recent weeks.

Coffee rust, which can kill plants by withering their leaves, also is affecting plantations in El Salvador, Honduras, Panama and Costa Rica. Mexico's agriculture authorities said the fungus has been detected there but so far has not damaged plants.

Molina said the pesticides will start being applied to coffee plants in April and two more applications will be needed during the year.

Nils Leporowsky, president of the National Coffee Association of Guatemala, or Anacafe, said coffee is grown in 206 of the country's 333 municipalities.

"We have lost 100,000 direct jobs already and that will affect millions of people," he said.

Experts say the fungus has been present in Central American since the 1970s but production hadn't previously been affected so severely as what is feared this year.

Otto Cabrera, an adviser with Anacafe, said coffee rust arrived in Guatemala in the 1980s.

"The fungus directly affects coffee leaves, initially with yellow spots that later turn orange and reaches around the foliage of coffee, then makes the leaves fall," he said. "The plant loses its foliage. It's not able to breathe, so it ceases producing and it eventually dies."

Cabrera said climate change has brought a rise in average temperatures of about 2 degrees Celsius in Central American areas where the fungus was present, encouraging its growth and increasing the threat of severe damage.

Honduras and Costa Rica declared national emergencies over coffee rust last month. In Panama, the sixth largest producer of coffee in the region, the fungus has affected about 60 percent of the crop this year, according to industry estimates.

Carlos Fuentes, spokesman for the association of coffee producers in Panama's Chiriqui province, which borders Costa Rica, said coffee yields per acre have fallen 45 percent. Chiriqui is the largest coffee producer in Panama.

"Of the 8,650 acres (3,500 hectares) we planted, more than half have been affected," Fuentes said, adding that he wants his country to also declare a state of emergency.

In El Salvador, the Salvadoran Coffee Council said the impact of coffee rust is the worst in 30 years. The council estimates the fungus has affected 100 percent of the country's coffee plants.

Honduras also declared a national emergency in January seeking to curb the fungus and save its coffee, which is its main export, with about $1.4 billion in sales in 2012.

"Until now, we estimate that about 10 percent of the crops in the country have been affected," said Victor Hugo Molina, director of the Honduran Coffee Institute.

In Mexico, which borders Guatemala, agriculture officials said the fungus is present but it has not hurt production.

Javier Trujillo Arriaga, director of vegetable health for Mexico's pest-control agency, said the government has a contingency plan to fight the fungus in case it starts killings plants like it is doing in Guatemala.