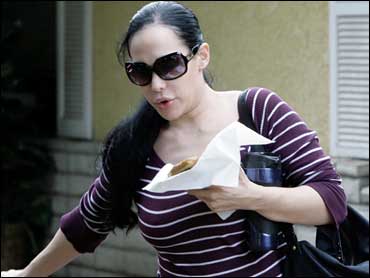 A California judge has appointed a guardian to oversee the estate of Nadya Suleman's octuplets.

Suleman, known as "Octomom," has signed agreements for each of her kids to earn $250 a day to star in a reality TV show.

The contracts, filed Friday in Los Angeles Superior Court, guarantee the children will collectively earn about $250,000 over three years. The contracts require a judge's approval.

A judge in Orange County granted a petition Monday, sought by attorney Gloria Allred on behalf of former child star Paul Petersen, president of A Minor Consideration, a group dedicated to the protection of child performers. Petersen was featured in "The Donna Reed Show," the popular ABC sitcom that ran from 1958-1966.

Petersen said he wanted a guardian to ensure labor laws are followed and money the babies earn is kept safe.

Suleman's attorney said previously that the family hired an entertainment lawyer and established a trust for the children.

The octuplets "were born eight weeks premature," Petersen told "Early Show" co-anchor Maggie Rodriguez Monday, "and I can't think of anything more dangerous to a preemie than putting them in an environment that exposes them to harsh lights and infection. Lungs, hearts, eyes are very vulnerable and, in defiance of this, suddenly these children's lives are being sold. And the emotional risk is so significant that, finally, I had to step up."

Petersen said all child stars in a TV show for an extended time suddenly have a "day of reckoning."

"You suddenly wake up one morning," he told Rodriguez, "and you realize the totality of your experience.

"It's interesting we're having this conversation in the wake of Michael Jackson's death. There's not a person listening to us right now who doesn't understand that this young man was damaged as a child. And it persisted throughout his life. And that's what I'm trying to guard against.

"The potential damage to these children and others, (including those of Jon and Kate Gosselin, of the reality show 'Jon & Kate Plus 8') ... can be so significant that I don't want to see 20 years from now all of us saying, 'Oh, my God. Why did we stand by and do nothing?" '

European production company Eyeworks has inked the TV deal with Suleman. Eyeworks lists "Breaking Bonaduce" and "The Biggest Loser" among its television credits.

The show is slated to begin filming Sept. 1, according to the documents, though no network has bought it so far, according to "Early Show" national correspondent Hattie Kauffman.

The payments outlined in the contracts say Suleman's kids will collectively earn $125,000 for 36 days of shooting in the first year of production, $75,000 for 21 days in the second year and $50,000 for 14 days in the third year. Any extra shooting days will be compensated at the same rate.

The contract also states that 15 percent of the gross compensation will be deposited by Eyeworks into a "Coogan Trust Account," as required by California law. The monies can't be touched until the children turn 18 or become legally emancipated.

Suleman and a Web site that shot video of her children have faced allegations of labor abuses in recent months.

State regulators brought four citations against Web site RadarOnline for their video taping of the first two octuplets to go home from the hospital. The state Labor Commissioner said the Web site failed to get required state permits, videotaped the infants at hours and for periods that were illegal and failed to provide a child monitor during the tapings.

Suleman gave birth to the world's longest-surviving set of octuplets on Jan. 26. The medical curiosity of their delivery turned to public outrage when it was learned that the single, unemployed mother had been caring for her six other children with the help of food stamps and Social Security disability payments for three of the youngsters. Suleman said previously that some of the disability money was spent on in vitro fertilizations, which were used for all 14 of her children.