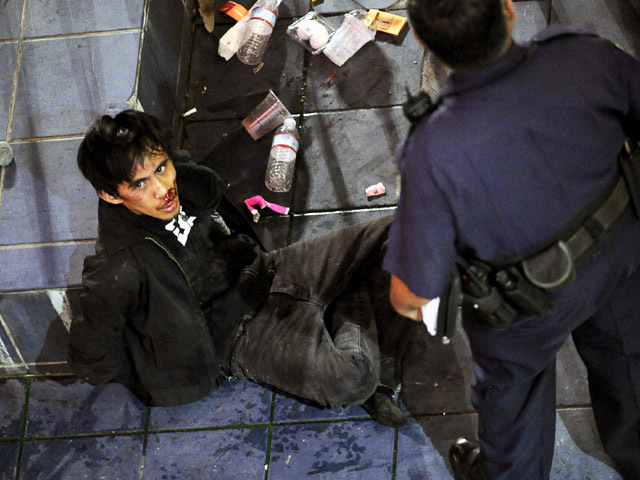 (CBS/AP) HAGATNA, Guam - A Guam man was charged with killing three people and injuring 12 others after he drove his car into pedestrians and went on a stabbing rampage in the U.S. territory's tourist district, officials said Thursday.

Spokesman Tony Muna of the Guam Visitors Bureau said authorities are updating charges against 21-year-old Chad De Soto, who is accused of plowing into several people with his gray Toyota Yaris late Tuesday.

Authorities said he drove onto a sidewalk and into a convenience store at the Outrigger hotel in the Tumon district, where he then got out of his car and started stabbing people he came across.

De Soto told police he wanted to hurt as many people as he could, according to a declaration filed by Assistant Attorney General Jonathan Quan. Authorities said that De Soto hurt six people with his car and eight with his knife.

Muna said a 51-year-old man who was hit by De Soto's car was taken to Guam Memorial Hospital in critical condition died Thursday morning, local time. Authorities are not immediately releasing his name, but a Japan Foreign Ministry official told The Associated Press under condition of anonymity that the man was identified as Hitoshi Yokota.

It appeared that most of the people injured in Tuesday's attack were Japanese tourists.

Guam is well-known for scuba diving, white beaches and historic World War II battle sites, and it relies heavily on tourism - particularly from Japan - for its economy. Japanese people accounted for 73 percent of the 1.1 million visitors to Guam in the 2011 fiscal year, according to Guam Visitors Bureau data. South Koreans made up 13 percent, followed by four percent from Taiwan.