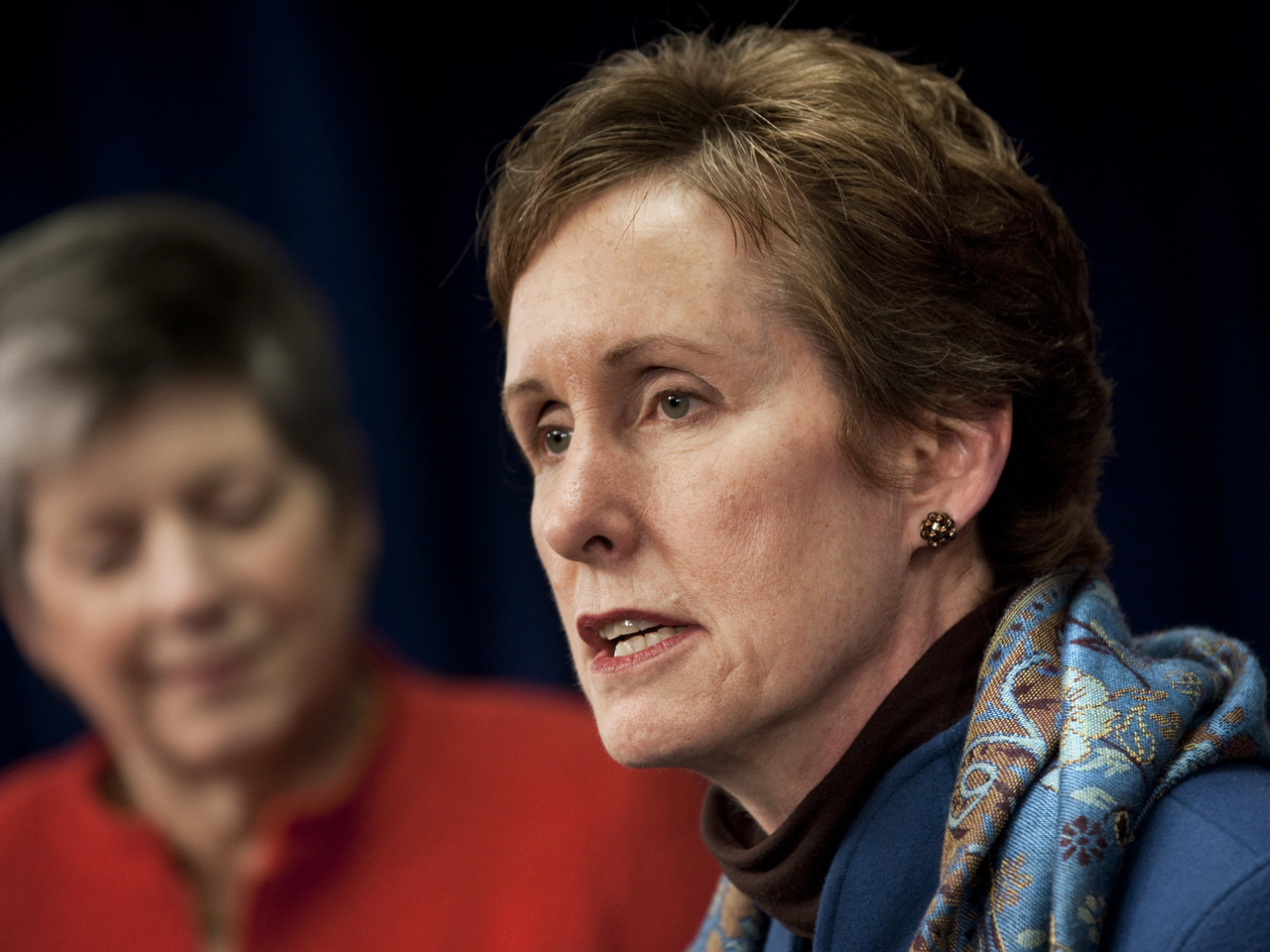 (CBS News) WASHINGTON - Citing an Inspector General's report that "taxpayer dollars were squandered" on her watch, Martha Johnson submitted her resignation to President Obama as head of the General Services Administration. Johnson says President Obama accepted it, effective at close of business today.

The actions stem from a GSA-sponsored 4-day conference at a luxury hotel outside Las Vegas in 2010.

"GSA spending on conference planning was excessive, wasteful, and in some cases impermissible," said the I.G. report which said it cost taxpayers over $822,000 of which more than $146,000 was spent on food and beverage catering.

The report also found that GSA incurred "impermissible and questionable miscellaneous expenses" including: mementos for attendees; purchases of clothing for GSA employees; tuxedo rentals; $6,325 on commemorative coins "rewarding" all conference participants for their work.

"He was outraged by the excessive spending, questionable dealings with contractors and disregard for taxpayer dollars," White House Chief of Staff Jack Lew said of Mr. Obama's reaction to the report. Lew said the president was informed of the matter before his trip to South Korea last month.

Lew said the president called for all those responsible to be held fully accountable "given that these actions were irresponsible and entirely inconsistent with the expectations that he has set as president."

The White House says that Johnson fired two other officials with oversight of the conference and placed another on administrative leave.

It was announced that Johnson would be replaced as GSA Administrator by be Dan Tangherlini, who first served in the Treasury Department as Assistant Secretary for Management, Chief Financial Officer, and Chief Performance Officer.

GSA is the federal government's principal procurement agency, acquiring office space, vehicles and supplies to facilitate government operations. It has over 12,000 employees and a budget of more than $26 billion.