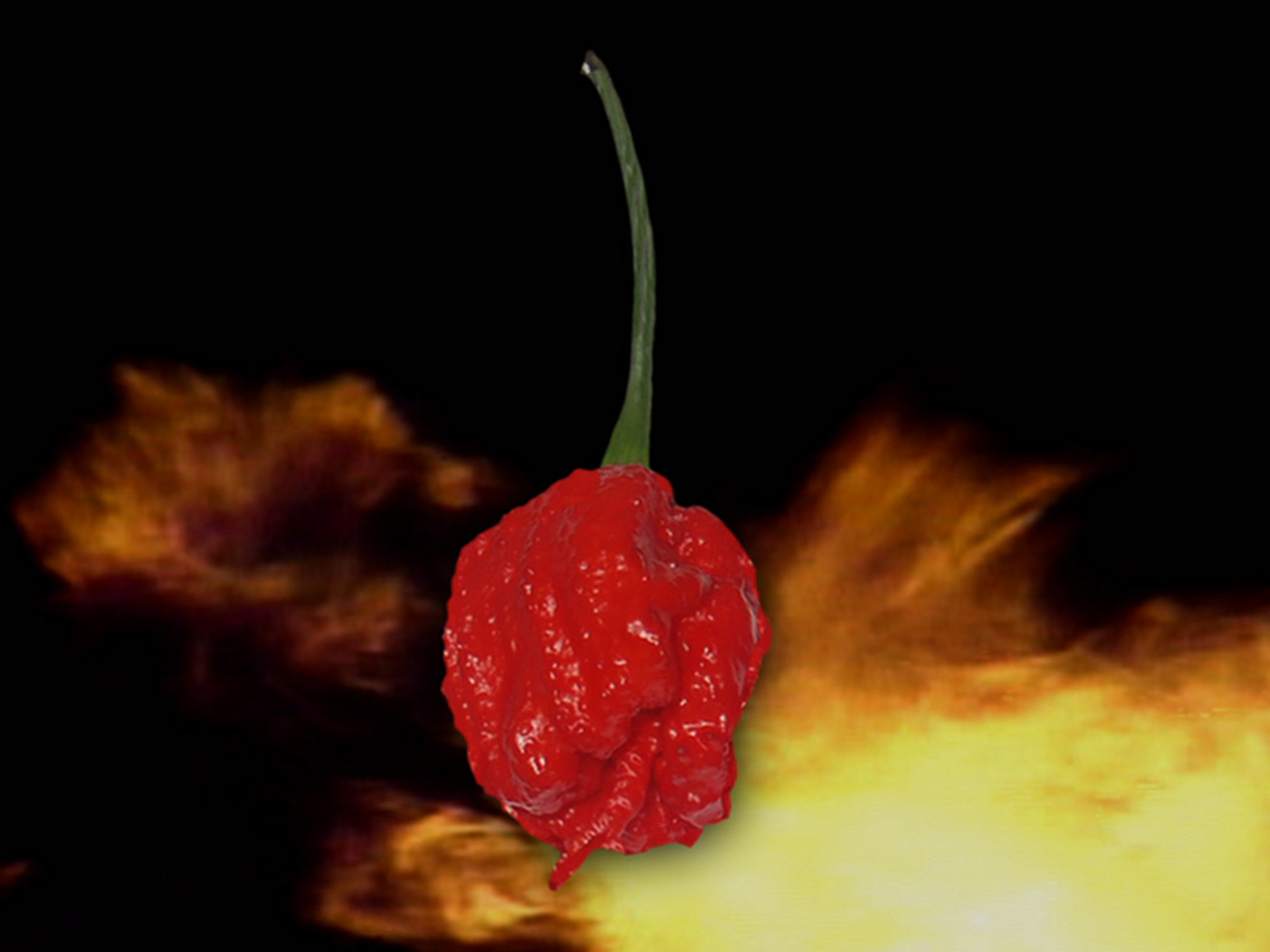 (CBS News) Super hot peppers can make you sweat, tear up, or even fill with regret. But the hot pepper's powerful punch may help knock out cancer.

Smokin' Ed Currie, founder of the Puckerbutt Pepper Company, cultivates heat in greenhouses, warehouses and even at home. He has spent 10 years developing what may be the world's hottest pepper.

Currie told CBS News' Mark Strassmann, "To do it right and get a stable variety takes a lot of work and takes a lot of science. It's not just your average backyard stuff."

His backyard is covered with nuclear-grade pepper plants. Something called the Scoville scale measures a pepper's heat. The average jalapeno, pretty hot to many people, measures about 5,000 Scoville units. But Currie's crossbreed of a Sweet Habanero and a Naga Viper created his patented Carolina Reaper - a pepper three hundred times hotter than a jalapeno. This year, his company will produce 17 million pounds of hot peppers.

Currie said, "I was doing these crosses, trying to find something good and this pod looked nasty. I fed it to one of the guys who was working for me for free and he got violently ill immediately. I knew I had something there."

That pepper could soon earn Currie the Guinness world record for the hottest chili.

Currie said, "They say they're weapons grade peppers but we still eat them, its craziness."

Hot peppers have become a food craze. So why are these peppers and hot sauces -- known for being painful -- so popular?

Currie said, "Those superhots release dopamine and endorphin in your body just like if you were doing some narcotic. You actually get a euphoric feeling from eating them. So you get the burn that happens but then you get the pleasure afterwards."

The burning feeling stems from a pepper's active ingredient - capsaicin.

Courage is no cure for capsaicin. But capsaicin may help prevent cancer.

Currie, a 49-year-old thyroid and skin cancer survivor, has had seven tumors removed from his body. Though there is no scientific proof that eating peppers prevents cancer, Currie has stayed cancer-free since he started eating hot peppers every day five years ago. He said, "I believe that peppers are one of the cures for cancer, I really do. I've watched my father die, I've watched friends die....I just don't want to see anyone else die."

Currie is not an oncologist or a cancer researcher.

But Dr. Michael R. Freeman, a cancer researcher, says Currie may be on to something. In the lab, capsaicin has killed cancer cells.

Freeman, director of the Cancer Biology Program at the Cedars-Sinai Medical Center, said, "Cancer cells can be induced to activate a suicide program biochemically by certain sorts of molecular processes. And capsaicin is known to bind to a protein on the membrane of certain cells, and in response to this binding, the tumor cell responds by killing itself."

Currie's so encouraged, he donated half of his pepper harvest last year to cancer research.

To Currie, creating the world's hottest pepper means more than bragging rights -- it's about survival.

Dr. Martin Blaser, author of "Missing Microbes: How the Overuse of Antibiotics Is Fueling Our Modern Plagues," talks about his findings