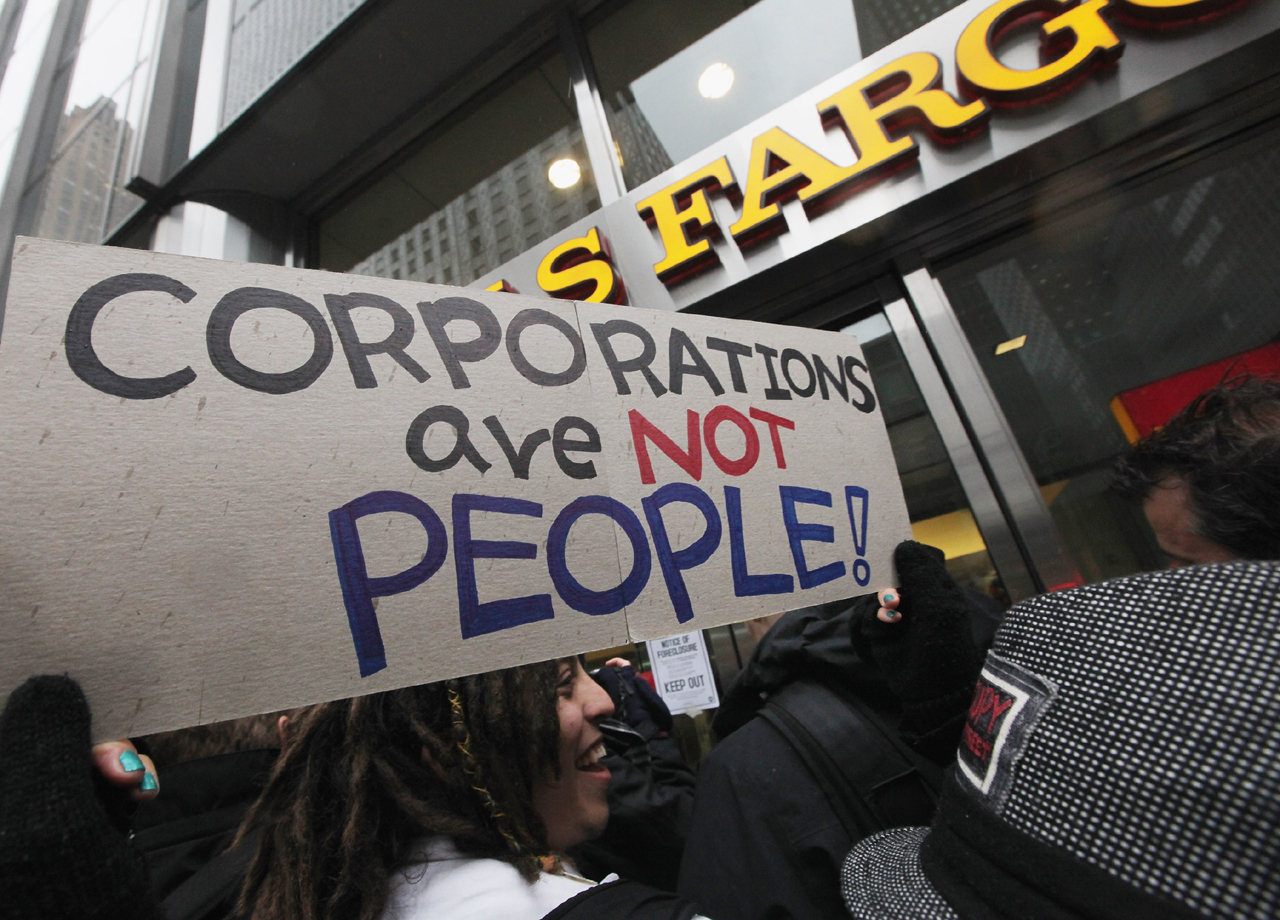 (CBS News) Washington, D.C. -- A coalition of liberal and nonpartisan groups today announced a joint effort to fight the influence of corporate money in politics with a range of tactics -- including a $25,000 cash reward to the first worker who can document their employer's secret use of corporate funds to influence an election.

"It's very simple," said Ethan Rome, executive director of the progressive group Health Care for America Now (HCAN). "We are serious about the business of exposing corporations who are trying to secretly steal our democracy and our government for the wealthy few. If corporations want to use corporate dollars to influence elections, we will expose them. They do so at their own risk."

Along with HCAN, the other groups involved include the liberal groups Americans United for Change, MoveOn.org, Occupy Wall Street and Campaign for America's Future. The labor organization Service Employees International Union is also participating, as are self-described nonpartisan groups like Common Cause, Public Citizen, Public Interest Research Group (PIRG) and the Coalition for Accountability in Political Spending (CAPS).

The ultimate goal of the groups involved is to close the floodgate of money in politics they say was opened by the Citizens United Supreme Court decision. But short of a constitutional amendment clarifying that money does not equal speech, or legislation calling for more transparency in campaign financing, the best response available is to publicly pressure corporations from investing in politics, they say.

"Just ask Rush Limbaugh what happens when you do something that violates the values of the majority of the people in this country," Rome said, referencing the several corporations who dropped their sponsorship of the conservative radio personality's show after he made controversial remarks. "You lose your brand, you lose your advertising dollars... and that's what we are setting out to do" to companies who invest in influencing elections.

The $25,000 reward will come from Americans United for Change. The other groups involved plan to play to their strengths: CAPS, a bipartisan coalition of elected officials, plans to form a legislative strategy to eliminate corporate contributions to third party groups that influence elections. Common Cause is working with shareholders to pressure corporations to stop making political donations. PIRG is working with pension funds to pressure companies.

Already, Common Cause has helped file shareholder resolutions at Bank of America, 3M and Target asking those companies to refrain from making political donations, and those resolutions will be up for a vote this spring.

"We plan to let corporations know there will be a great cost in playing politics," said Bob Edgar of Common Cause.

With respect to uncovering which companies are making secret donations, Rome said that it's becoming easier in the digital age.

"All of these organizations are going to ferret out this information," he said. As for the $25,000 prize, "We suspect we'll get more than one taker," he said.

Target eventually apologized for backing the group, but the public pressure the company faced "was child's play compared to the strength all of these organizations can bring to bear," de Blasio said.

The more public protests there are against corporations making political donations, the fewer corporations will engage in politicking in the first place, he said. "There's a lot of people on the fence in corporate America right now."

While many of the groups involved are liberal, the organizers were adamant the effort is nonpartisan. Corporations that donate to liberal super PACs, such as the pro-Obama super PAC Priorities USA, will also be targets.

"Let the chips fall where they may," Edgar said.