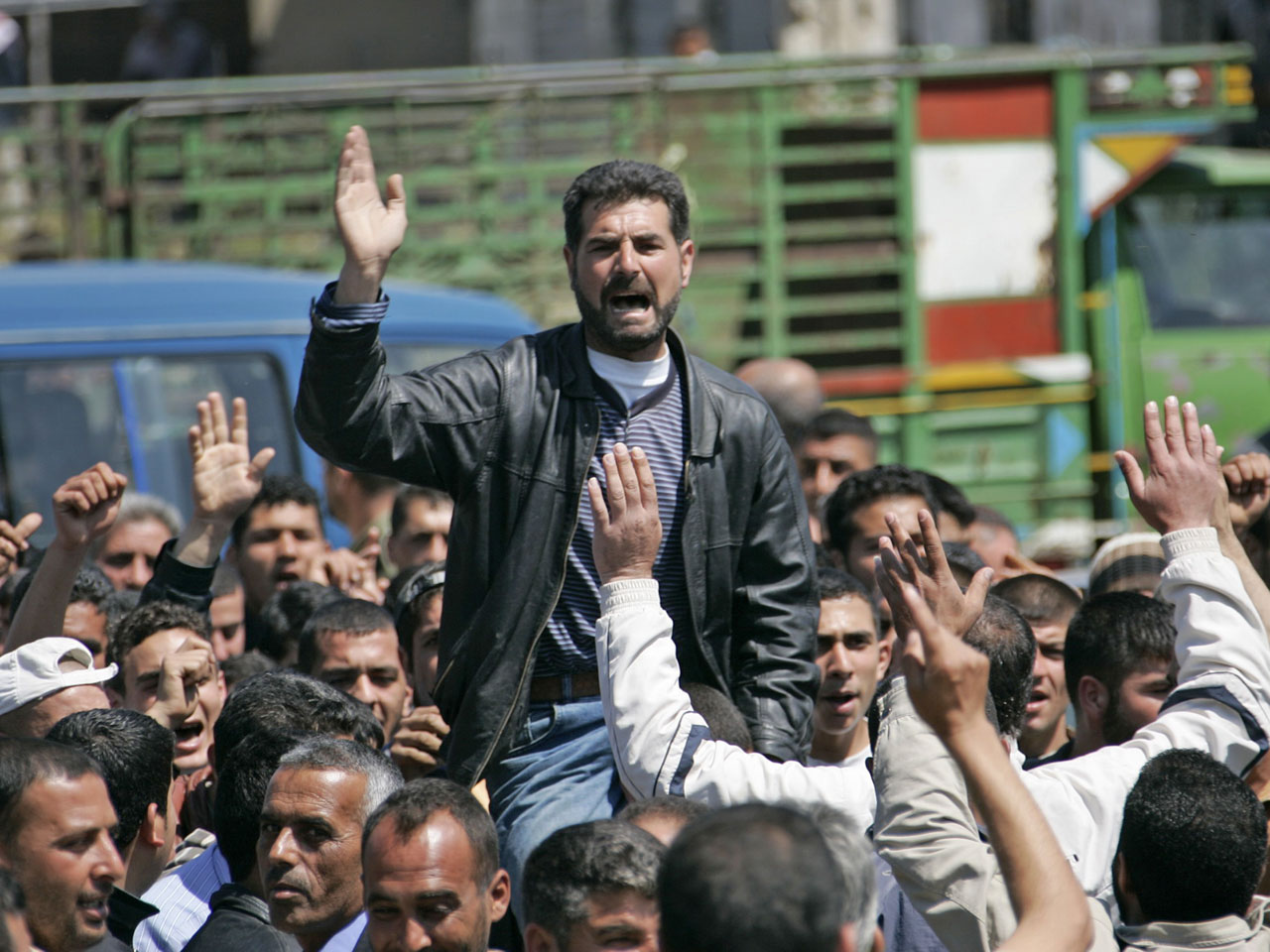 BEIRUT - More than 25 children, some of them tortured, are among the victims of the Syrian government's deadly crackdown on an uprising that has killed more than 1,000 people over the past two months, an opposition group said Wednesday.

The Local Coordination Committees in Syria, which helps organize the protests against President Bashar Assad, identified the children and the circumstances of their death. Syria has blocked media access in the country, making it impossible to verify the reports independently.

Some of the children died "under severe torture," the group's statement said.

The children ranged in age from 5 and 17. Many appeared to have been killed in crossfire, such as Mahmood Alkadree, 12, who was struck by four bullets when he went out to buy bread for his family in the Damascus suburb of Douma, the statement said.

The body of 15-year-old Ahmad Radwan was found in the orchards of the coastal town of Banias, shot once in the stomach and once in the chest. Majd Ibrahim Alrfaee, a 7-year-old girl from the southern province of Daraa, died from a gunshot to the abdomen, the report said.

The statement said that 13-year-old Saleh Ahmad Alkhateeb was kidnapped by security forces on April 29 in Daraa, only to be found dead the next day "covered with the effects of severe torture."

Assad appears determined to crush the revolt, which is posing the most serious challenge to his family's 40-year ruling dynasty. The harsh crackdown has triggered international outrage and U.S. and European sanctions, including an EU assets freeze and a visa ban on Assad and nine members of his regime.

On Wednesday, the state-run Tishrin newspaper quoted Assad as promising reforms are in store.

This week, the government announced lower gasoline prices and promised to loosen media controls. Protesters have brushed off similar pledges by Assad in the past, demanding that he step down.

The protests have continued, taking place in the largest numbers after Friday prayers.

In addition to the Friday protests, many activists in Syria are opting for nighttime protests and candlelight vigils — aiming for a time when the security presence has thinned out.

"They gather in smaller groups but in several areas, almost simultaneously. By the time police arrive to one protest site, the protesters would have already dispersed and gone elsewhere. They are trying to wear down the security forces," they said.

The darkness of the night also offers the protesters some protection from snipers on rooftops, he said.

Nakhle is in close touch with Syrian activists on the ground and regularly provides the media with live updates and material on demonstrations in Syria.

Video posted on YouTube on Tuesday showed a small group of women marching at night in an outdoor market in Damascus, carrying anti-government banners as stunned shoppers looked on.

Another showed a group of young men in Aleppo marching with candles and banners and shouting, "Why are you scared? God is with us!"

The central cities of Homs and Hama are also witnessing nightly demonstrations. On Tuesday they were shouting, "Bye Bye and goodnight Bashar" and "The people want to topple the regime!"