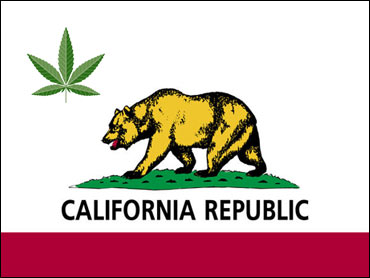 A pro-marijuana group launched a television advertisement Wednesday in California advocating legalization and taxation of the drug to help solve the state's budget woes.

The 30-second spot, airing Wednesday and paid for by the Marijuana Policy Project, features a retired 58-year-old state worker who says state leaders "are ignoring millions of Californians who want to pay taxes."

"We're marijuana consumers," says Nadene Herndon of Fair Oaks, who says she began using marijuana after suffering multiple strokes three years ago. "Instead of being treated like criminals for using a substance safer than alcohol, we want to pay our fair share."

State lawmakers are bitterly debating how to close a $26.3 billion budget deficit that likely means cuts to state services.

In February, Assemblyman Tom Ammiano, D-San Francisco, introduced a bill to tax and regulate marijuana like alcohol. Bill supporters estimate the state's pot industry could bring in more than $1 billion in taxes.

The ad will air on several cable news channels and network broadcast affiliates in Los Angeles, Sacramento and the San Francisco Bay area, according to the Marijuana Policy Project.

The group said in a statement that three California stations - KABC-TV in Los Angeles, KGO-TV of San Francisco and KNTV-TV in San Jose - refused to air the ad.

Representatives from the three stations did not immediately return calls from The Associated Press seeking comment.

In an e-mail to the group, a KNTV account executive said the station's standards department had rejected the ad.

Marijuana Policy Project spokesman Bruce Mirken said the ad was meant to promote conversation about the issues, not to encourage pot use.

"It was consciously unsensational," Mirken said. "It's time to talk about this, and we feel very frustrated that some of these stations have taken it upon themselves to stifle the discussion."

In a phone interview, Herndon said that before filming the ad, she had not told very many people about her marijuana use. But she said her concern over the state's fiscal crisis and her support of medical marijuana led her to go public.

"I came out of the closet with this ad," she said.

Herndon said she worked as a policy analyst for several state social services departments during a 38-year career.

She said she was approached to star in the ad while her husband was taking classes at Oaksterdam University, an Oakland trade school that trains students to grow medical marijuana.