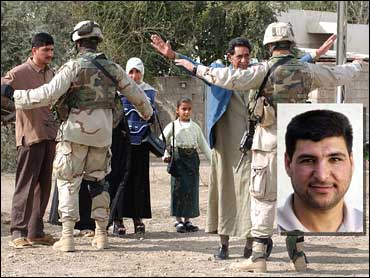 At least 127 journalists worldwide are behind bars, and one in six has never been publicly charged with a crime, according to an annual survey by a press freedom group.

The Committee to Protect Journalists said its yearly census found the number of jailed journalists has dropped by only seven from the previous year. There was an increase in the proportion of journalists held without any charge.

"Imprisoning journalists on the basis of assertions alone should not be confused with a legal process. This is nothing less than state-sponsored abduction," said the committee's executive director, Joel Simon.

"While we believe every one of these 127 journalists should be released, we are especially concerned for those detained without charge because they're often held in abysmal conditions, cut off from their lawyers and their families," he said.

Journalists are being held by 24 countries, most in places notorious for their intolerance of the press.

Twenty-nine were being held in China, including many accused of publishing pamphlets criticizing the government. Other frequent jailers of journalists include Cuba, Eritrea, Iran and Azerbaijan, according to the advocacy group.

But the group also cited two journalists who have been held without charges by the United States: Associated Press photographer Bilal Hussein, who has been held by U.S. forces in Iraq for nearly 20 months, and Al-Jazeera cameraman Sami al-Haj, who has been jailed for five years at the military prison camp in Guantanamo Bay, Cuba.

Hussein, who was part of a team of AP photographers who shared a Pulitzer Prize in 2005, was seized by U.S. forces in Iraq in 2006.

The military has declined to provide details of the accusations against him but has said he had links to insurgent groups in Iraq. The Pentagon recently said it intends to submit evidence against Hussein to the Iraqi judiciary system on Dec. 9.

AP executives said they have seen no evidence that Hussein was anything other than a working journalist.

Al-Haj, who is from Sudan, was detained by military forces in Pakistan in 2002 as he tried to enter Afghanistan to cover the war there. He was turned over to the U.S. military, which classified him as an enemy combatant and accused him of transporting money in the 1990s for a charity that provided funding to Chechen rebels.

Pentagon spokesmen have said in recent interviews with the AP that al-Haj's detention had nothing to do with his status as a journalist or the content of his reporting.

Last year's survey by the Committee to Protect Journalists found that 134 were jailed worldwide, nine more than a year earlier.