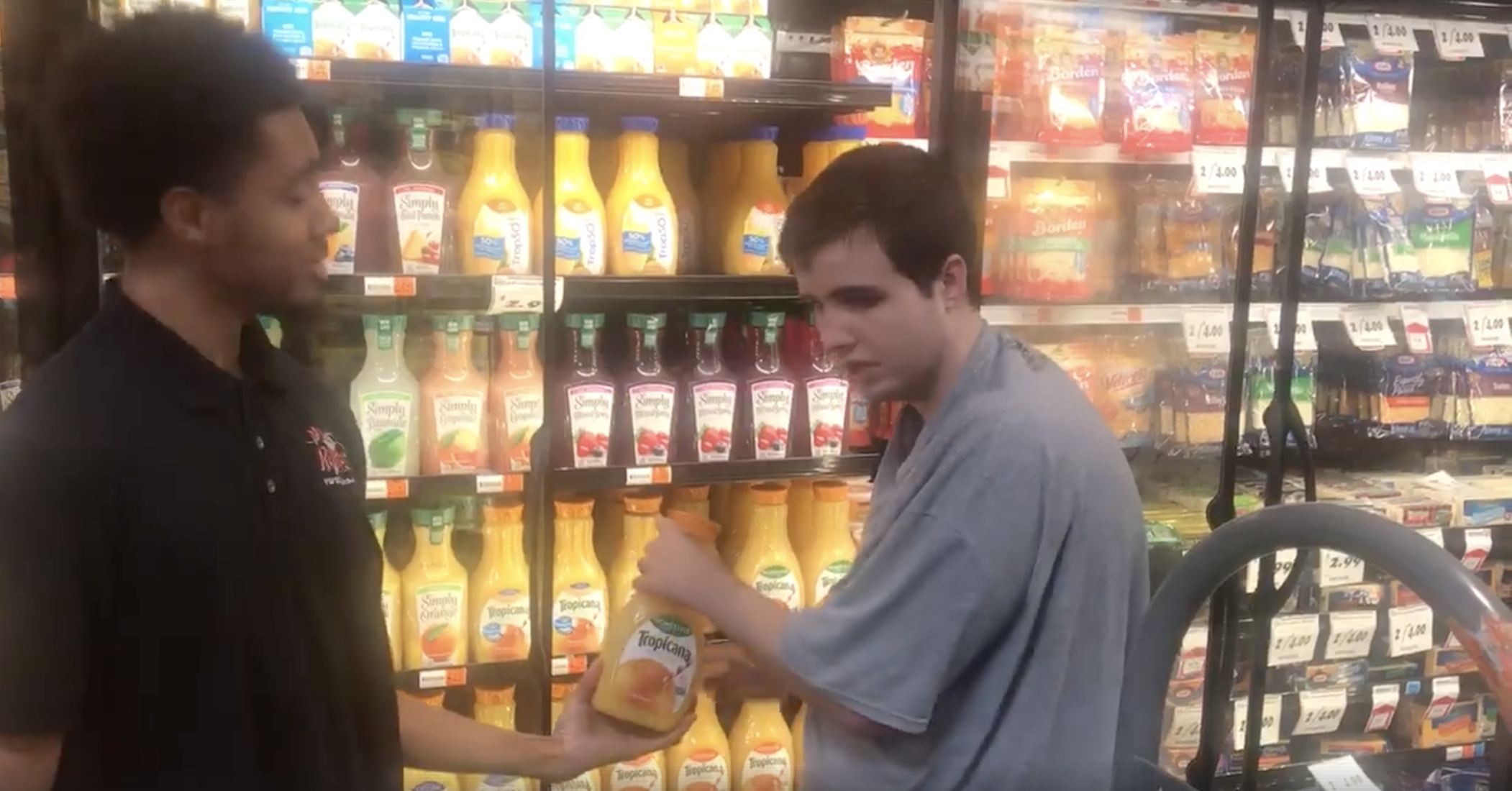 An employee at a Baton Rouge, Louisiana, grocery store took time out of his day to help a teen with special needs. Now, the kind employee is getting praised online for his simple act of kindness, CBS affiliate WAFB reports.

Seventeen-year-old Jack Ryan Edwards is autistic. He took a trip to Rouses Market with his dad on Sunday, where he caught an employee's eye. "Something in the back of my mind was just like, 'Ask if he wants to help you,'" Jordan Taylor told the station. Taylor invited the teen to join him as he stocked drinks in the cooler, allowing him to give it a try and see what it's like to work there.

Edwards's dad filmed the two young men stocking the shelves. He was impressed and touched by Taylor's act of kindness. "If you would have flipped the camera, you would have seen his dad's face, it said it all," Taylor said. "He was just happy and he was happy putting the juices up and I was just happy that I could ... make their day."

"It was a miracle for even us to see Jack Ryan do that," his sister, Delaney Edwards Alwosaibi, told the station. "When I started watching [Taylor], that's when I really lost it because there's just not too many like him. He's one of a kind," she said of the stranger's act of kindness.

The video of the 20-year-old employee didn't just impress the Edwards family — it touched thousands of people who saw it online. "This young man took the time to slow down and allow Jack Ryan to help for over 30 minutes, guiding him as he finished his task," Alwosaibi wrote on Facebook. "He could have ignored him. He could have made an excuse and said he couldn't allow him to help. Instead, he let him have his moment and in turn gave my family a moment we will never forget."

Social media users praised Taylor for helping the autistic teen, but his mom said it's no surprise to those who know him. "I wasn't surprised because that's how he's always been, that's always been his nature. But I was extremely proud. Really, really proud," said Teresa Taylor.

Jordan Taylor says he lives by a simple rule: always help others when you can. He was taken aback by how far his good deed had traveled and how much praise he's received. "I never pictured all this would happen. I was just being me, that's it," Taylor said, getting choked up. "I just wanted to help somebody out, enjoy something."

"To me, I've always heard the things people do when no one is watching is their true character and you didn't know how many people were going to end up seeing you do that," Alwosaibi told Taylor. "You just did it out of the kindness of your heart."

At the suggestion of others, Alwosaibi started a GoFundMe campaign to give back to Taylor. Taylor told Edwards's dad he wasn't in school at the moment, but was hoping to go back. The fundraiser is intended to help raise money for his education — fulfilling one of his dreams, just like he did for a teen whose family will never forget it.