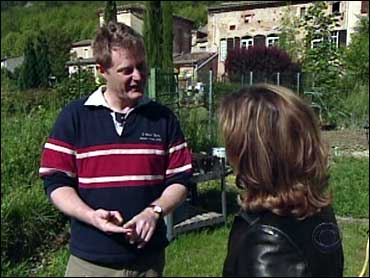 Vancouver was the fifth straight opponent to show the Milwaukee Bucks that all the offense in the world doesn't matter if there's no D.

The high-scoring Bucks lost their fifth in a row at home because of pathetic defense and immaturity, according to their frustrated coach.

"There were a lot of embarrassing moments tonight," George Karl said. "Tonight was as embarrassed as I can remember being this season."

Though the Grizzlies were playing one night after a 103-91 loss in Minnesota in the midst of a four-game Midwest road swing, Vancouver buried the Bucks with a stellar offensive performance. The Grizzlies knocked down nearly all of the open jumpers given them by the Bucks, shooting 60 percent in the second half.

"When you've got the shots this team gives you, you have to knock them down," Dickerson said. "We were open a lot, and we just hit."

Milwaukee's lack of defensive effort is no longer amusing for a team that might now find itself fighting for a playoff spot instead of homecourt advantage. The Bucks, who are 1 1/2 games from falling out of the playoff picture, have allowed 105 points per game in their five home losses.

"Sam, Ray and Glenn, they were sieves," said Karl. "They didn't stop anybody."

Karl again admitted he has thought about benching one or mre of the trio.

The Grizzlies made a 15-4 run to start the third quarter and then hit eight of their first nine shots all from the perimeter in the fourth. Dennis Scott, Brent Price and Doug West made big jumpers as Vancouver streaked to a 99-81 lead.

"We had a super effort tonight," coach Lionel Hollins said. "We shot the ball well, we attacked their press, we got a lead and didn't turn the ball over."

Vancouver, which shot 51.4 percent for the game, won for the third time in four games and continued to improve under Hollins, who coached the Grizzlies to an impressive victory with prospective new owner Michael Heisley watching. Vancouver is now 2-0 with Heisley in attendance.

Abdur-Rahim was 12-of-14 from the free-throw line, while Dickerson threw down a pair of fearsome dunks to go with his outside prowess. Michael Bibby had 13 points and 10 assists.

"When we share the ball, things go good for us," said Bibby.

Vancouver had 34 assists to Milwaukee's 20.

Allen led the Bucks with 32 points, while Cassell had 16 points and 10 assists. Robinson had 21 points, but gave away at least that many with bad defense as Abdur-Rahim decisively won their battle.

"That game was as frustrating a game as we've ever played," Allen said. "We had no defensive aggressiveness at all. George is too good of a coach, and we have a lot of veterans on this team. This shouldn't happen."

Milwaukee hasn't been the same since returning from a successful Western road swing, during which the Bucks beat Vancouver 92-87. Since then, the Bucks are 1-5.

The Bradley Center crowd booed the Bucks at nearly every second-half dead ball.

Most of the Grizzlies' shots were wide-open jumpers like the ones the Bucks surrendered with alarming frequency to Toronto, Portland, New York and Indiana in the first four games of their home losing streak.

Milwaukee's 14-12 home record is easily the worst among the league's 16 teams with winning records. Unfortunately for the Bucks, five of their next seven games are at home.