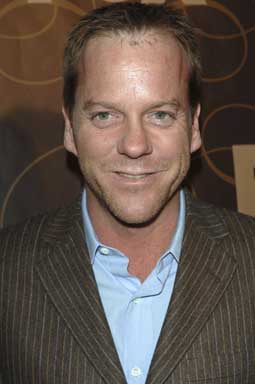 All the Milwaukee Brewers want to do is put the ball in play.

Marquis Grissom doubled to highlight a five-run third inning and the Brewers won their sixth in a row, 10-5 over the Chicago White Sox on Saturday night.

"We're not a power team so it's going to take a lot of hit-and-run, putting the ball in play," Grissom said. "We've been playing well."

"When we had opportunities with guys on base, we took advantage of them," Milwaukee manager Phil Garner said.

Grissom's two-run double helped Milwaukee win for the 13th time in 19 games and improve to 7-3 in interleague play.

The Brewers now have won four consecutive road series for the first time since Aug. 19-Sept. 15, 1996, when they won five in a row.

Magglio Ordonez homered, doubled and drove in four runs for the White Sox, who lost their third straight game.

Brad Woodall (4-2) gave up three earned runs and seven hits in 8 1-3 innings. He walked three and struck out two.

"He's been pitching super," Garner said. "He made a mistake to Frank Thomas and one to Ordonez but other than that, he did a fine job."

"I always felt I could do this," Woodall said. "Now I'm pitching well enough to get people out."

Woodall, who had been up and down with Atlanta for three seasons before signing with the Brewers, still has some things to work on.

"I'm defeating myself no ifs, ands or buts about it," Fordham said. "I put myself in a situation where I was forced to throw my fastball. In the last inning, I had no control. I couldn't find my stuff. I can't think of a time when I had this bad of control."

If you think it's tough on Fordham, imagine having to watch him.

"The inconsistency really keeps you on the edge of your seat," White Sox manager Jerry Manuel said. "It's got to be tough for Sox fans."

Vina doubled with one out in the third and Fordham walked the next three batters. Carlos Castillo relieved and Grissom doubled for a 3-0 lead. Mark Loretta had an RBI groundout and Valentin doubled home another run.

Frank Thomas hit his first home run off a left-handed pitcher and 14th this year in the Chicago fourth. Ordonez hit a two-run homer, his ninth, later in the inning.

The pitch to Thomas was off-target, Woodall said.

"The 1-2 pitch to Thomas would have been over most people's heads but it was right in his wheehouse," Woodall said.

Bobby Hughes and Vina hit consecutive doubles in the sixth to put the Brewers ahead 6-3.

Valentin hit a sacrifice fly, a run scored on an error by second baseman Ray Durham and Burnitz hit a two-run double in the eighth off Scott Eyre. A scoring change announced after the game changed Vina's base hit to an error on Durham.

Ordonez had a two-run double in the ninth that finished Woodall.

Notes: The Brewers matched their longest winning streak of the year. ... The Brewers activated pitcher David Weathers, claimed off waivers June 24 from Cincinnati, and placed pitcher Paul Wagner on the 15-day disabled list retroactive to June 22 because of complications from a viral infection. ... The crowd of 22,100 was only the fourth home crowd more than 20,000 for the White Sox in 39 games this season.