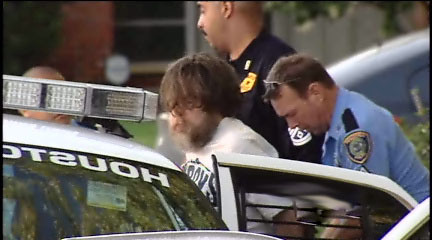 (CSB/AP) HOUSTON - A gruesome discovery in a Houston apartment has led adult twin brothers to be charged with the murder of their 89-year-old mother.

Police say the men allowed Sybil Berndt to die on the floor in their foyer after she fell, then lived with her decomposing, bug-infested corpse for three months.

Edwin Larry Berndt and his brother, Edward Christian Berndt, both 48, were arrested Monday when police went to check on their mother, prompted by a neighbor who called to say the elderly woman had not been seen since January.

Edwin Berndt answered the officer's knocks and initially said "everyone was fine and there was no need for the police at their home," according to court documents. The officer insisted she had to see Berndt's mother and he let her into the house.

The home was in "deplorable condition and smelled terribly," and the elderly Berndt was lying face down on the floor of the foyer, according to the documents. Sybil Berndt was dressed in a nightgown pulled up under her arms and was not wearing underwear. The body was in an advanced state of decomposition and insects were crawling around it, the documents said.

The brothers told police their mother had fallen and died, and that they didn't have enough money to bury her. They said they didn't call police because they didn't want to go to jail.

Police searched the home and found bank statements from JP Morgan Chase totaling about $700,000, according to court documents.

The twins later told police they lived with their mother and cared for her. On Jan. 10, Edwin Berndt said he and his brother were watching the BCS Championship football game when their mother "came in ranting and raving and she then fell down and did not get up." He said they decided to leave her on the floor because they didn't have money to provide her with medical treatment.

For the first day, Sybil Berndt was conscious and able to speak, but did not ask for any help, Edwin Berndt said. His brother said they didn't give her any food or water while she lay on the floor.

Three days later, on Jan. 13, the elderly woman died, Edwin Berndt told police. He told them he remembered the date because it was a day after her 89th birthday.

The brothers then decided to leave her on the floor because - they say- they didn't have money to bury her.