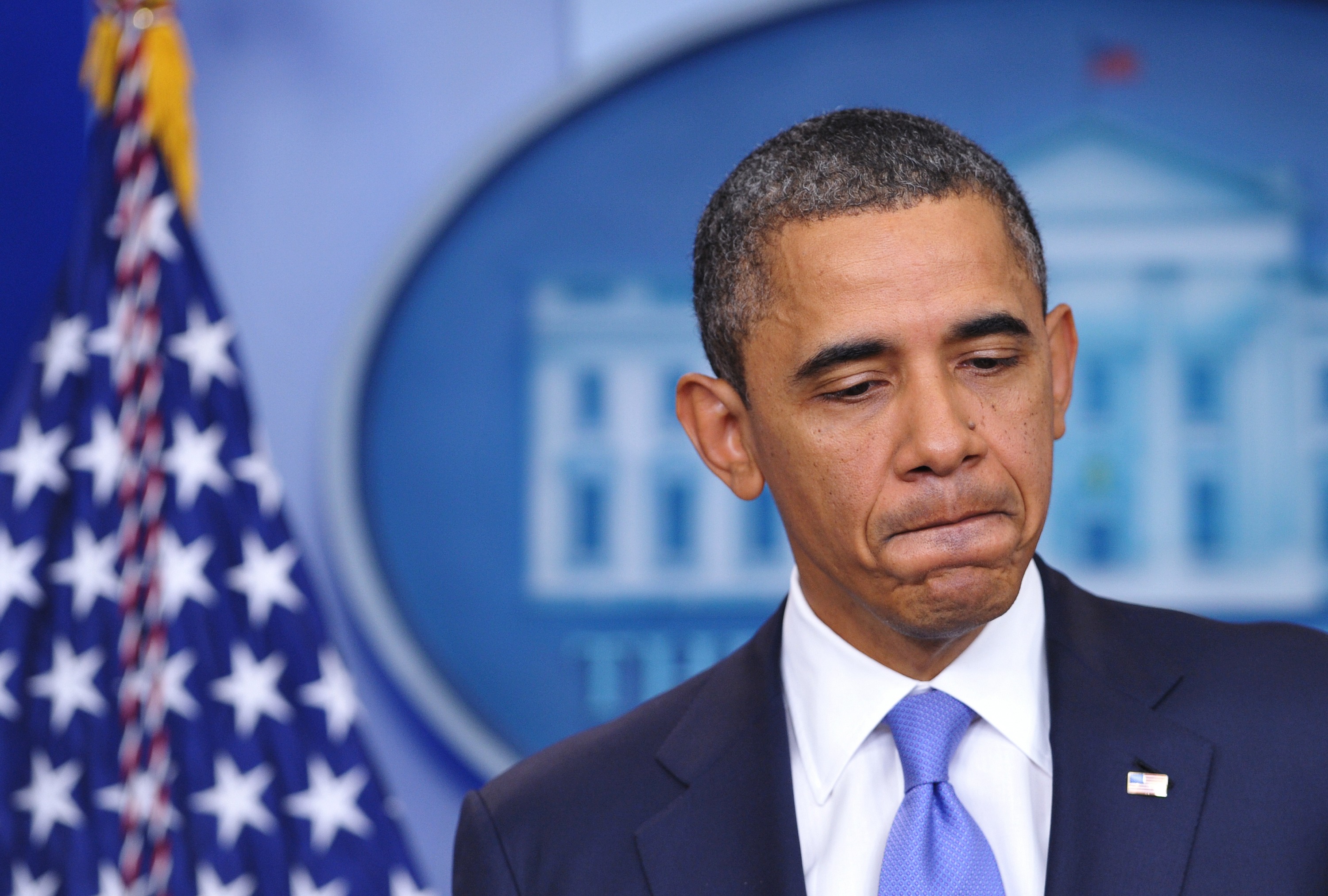 Less than one year out from Election Day 2012, voters remain overwhelmingly pessimistic about the economy, and their concerns are taking a toll on President Obama's re-election chances. Just 41 percent of Americans think Mr. Obama has performed his job well enough to be elected to a second term, whereas 54 percent don't think so.

Mr. Obama receives better marks on foreign policy and for his leadership skills. But when it comes to leading the economy in the right direction, voters are unimpressed: Just 28 percent think he has made progress on improving the economy. And most Americans say the president doesn't share the public's priorities, according to the poll, conducted December 5-7.

Obama and the economy

Forty-four percent of Americans approve of the job Mr. Obama is doing as president, and about as many - 46 percent - disapprove. His approval rating has remained fairly steady but below 50 percent since the spring of 2010, aside from an uptick in the spring of 2011 following the death of Osama bin Laden.

Views on the national economy remain very negative: Since early 2008, roughly three in four Americans (and sometimes even more) have said the economy is in bad shape. Now, 86 percent of Americans characterize the economy as at least somewhat bad, including 42 percent who say it is very bad.

When asked if Mr.Obama has made real progress fixing the economy, 68 percent say he has not, and just 28 percent say he has. And while 37 percent say the Obama administration's policies prevented the country from going into a deeper recession, just under half - 49 percent - say those policies did not do that.

Obama: Unemployment could go down to 8% by election ("60 Minutes" interview)

Despite an approval rating in the 40s, Americans appear to have a positive impression of Mr. Obama on some personal measures. A 57 percent majority views the president as a strong leader, similar to the percentage in a September poll -- but that figure has declined significantly since he took office. Democrats (85 percent) and independents (57 percent) say Mr. Obama has strong qualities of leadership, while 67 percent of Republicans disagree.

Bringing change and uniting Americans were central elements of Mr. Obama's presidential campaign four years ago. Today, most Americans think he has worked hard to bring about change (57 percent), but fewer (37 percent) think his presidency has united the country. There are partisan differences on these measures also.

Additionally, most Americans do not think the president's priorities for the country are in line with theirs. Fifty-four percent say Mr. Obama doesn't share their priorities, while 41 percent think he does. This is the public's most negative assessment on this question since Mr. Obama assumed office. Again, the public divides along partisan lines: 73 percent of Democrats say he shares their priorities, while 79 percent of Republicans say he does not.

Americans also remain skeptical of one of the major legislative achievements of Mr. Obama's first term as president -- the 2010 health care reform law. Fifty-one percent of Americans disapprove of the law, including a third who strongly disapprove, while just 35 percent approve either somewhat or strongly. More Americans have disapproved than approved of the law since it was passed in March 2010.

Half of all Americans think Mr. Obama should have focused his priorities elsewhere during his first term in office, though 43 percent think he did the right thing in trying to reform the health care system.

Americans continue to be unhappy with the direction the country is headed: Three in four think the country is off on the wrong track. Just one in five thinks it is headed in the right direction.

Mr. Obama's 44 percent approval rating is only slightly below President Bill Clinton's at this point in time in his presidency (47 percent), but it is 14 points lower than President Ronald Reagan's was in late 1983. President George W. Bush's approval rating, at 52 percent in December 2003, was also higher than Mr. Obama's.

This poll was conducted by telephone from December 5-7, 2011 among 856 adults nationwide. Phone numbers were dialed from samples of both standard land-line and cell phones. The error due to sampling for results based on the entire sample could be plus or minus three percentage points. The error for subgroups may be higher. This poll release conforms to the Standards of Disclosure of the National Council on Public Polls.