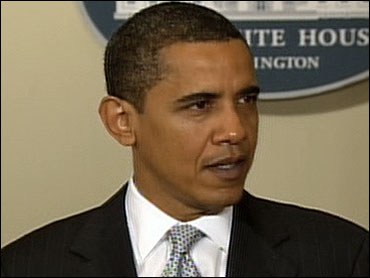 This story was written by Anne Schroeder Mullins.

None taken, say the esteemed leaders of the Gridiron Club.

Still, in Washington, a slap does not have to be officially labeled as such for its sound to echo - and its sting to be felt.

And make no mistake: President Barack Obama deciding that he is too busy to attend the Gridiron's annual banquet later this month is a slap. He's the first president since Grover Cleveland to skip the white-tie-and-tails affair in his first year in office.

The official line from the Gridiron Club - a society of Washington reporters, columnists, and bureau chiefs - is, "We understand."

"I don't think he understands the implications of not coming to the club in the first year. It's not your ordinary state dinner. I think it would be helpful for him and his relations with the Washington establishment to come to the club."

Beyond bruised feelings among the pundit class, Obama's snub is a revealing cultural moment.

Gridiron has for decades been an inner sanctum of Washington's political press corps. The club's mostly aging members were considered highly prestigious because they said so - and because they had the ability to summon the capital's political elite to a spring frolic of skits and songs.

But if a young and glamorous president decides he can afford to blow off an august and tradition-bound institution, one has to at least entertain the possibility that this institution may not be quite as august as its members assumed.

The rejection was heightened by the that's-the-night-I-wash-my-hair explanation the Gridiron got from Obama.

At first, Gridiron members heard through back channels that the Obama family would be in Chicago during the Obama daughters' spring break from school. Then, on Friday, White House press secretary Robert Gibbs said at his daily briefing that the family would actually be in Camp David on March 21, the night of the dinner.

That's not exactly out of town by presidential standards - in fact, it is about a 20-minute helicopter ride if Obama had decided the event were important enough.

According to one member, "We got the impression from talking to our senior members who had talked to senior people at the White House that Mrs. Obama had made the decision about the family's spring break and no one on the senior staff was about to challenge that."

A White House official said this is untrue - Obama made the decision and it should not be pinned unfairly on the first lady.

The White House said larger meaning should not be read into Obama's choice. An official told POLITICO via e-mail, "The assumption was we would do this - then we found out the girls would have spring break - it was as simple as that."

But the chattering class that either attends the Gridiron dinner or busies itself finding out who did reads large meaning into small events. So there was zero chance that Obama's gesture would not be carefully dissected.

"Was it ever cool?" asked D.C. journalist Matt Cooper. He's never been to the dinner but said it reeks of old-timers. "It always seemed kind of geriatric. The humor is slightly out of sync in the Jon Stewart and even the Johnny Carson era," he said. "In general, isn't it musical comedy?"

But if not exactly cutting edge, the Gridiron in the view of some observers serves a function in the Washington ecology.

"It's a tradition of massaging the cooperating aspects of the relationship between the president and the press," said presidential historian and political scientistMartha Joynt Kumar. "They are in a relationship in which each is tied to the other; neither can do its job without the other."

And for that, she said, "I think the Gridiron is going to survive. I wouldn't read too much into [Obama] not showing. ... Don't look upon this as Armageddon."

Even so, it was a fate the Gridiron tried mightily to avoid.

Gridiron Secretary Carl Leubsdorf and member George Condon took on the responsibility of lobbying the White House press office about the president's attendance. The effort started when Gridiron President Dick Cooper gave an Obama aide an invitation letter to the president-elect at a Washington social event in December. "After that, every contact we had with them was very positive," Leubsdorf said. "Every indication was that he was coming."

Condon took the job of talking to Gibbs about it. "There was a lot of back and forth between me and Robert," Condon said. "I would pop in and ask. And he was trying to find out." Then, on Feb. 28, Jay Carney of Vice President Joe Biden's office sent an e-mail to one of the club's officers, indicating that Biden would be filling in for Obama.

One of the Gridiron's big challenges has nothing to do with Obama. Consider the names in the paragraph above. The regional newspaper bureaus from which the club drew many of its members are on the ropes. Leubsdorf works for The Dallas Morning News, which has scaled back its capital staff. George Condon was bureau chief for the Copley newspaper chain - owner of the San Diego Union-Tribune - which recently shuttered its bureau. He now writes for CongressDaily. Dick Cooper works for the Los Angeles Times, which has suffered severe cuts to its D.C. bureau.

The club's motto is "singe but never burn," and its members rehearse for months the ditties parodying the president and other Washington politicians.

As it happens, the proceedings are supposed to be off the record - an odd custom, arguably, for a press association - but the best lines and performances all make it quickly into widespread circulation. Each year, there is a Democratic and Republican speaker. This year, the choices are California Republican Gov. Arnold Schwarzenegger (R, CA) and Michigan Democratic Gov. Jennifer Granholm.

Obama does not evidently have any disdain for the dinner. He attended in 2004 and 2006, when he even sang a song.

Some presidents have been downright hostile toward the ritual. Richard Nixon started skipping the events, and even declined to send the vice president. But even that was a validation of sorts - the Gridiron was worth getting worked up about.

Many (relatively) younger journalists say it is still an honor to be invited to join. Vanity Fair's Todd Purdum said he recently joined "because I was asked." Time magazine's Karen Tumulty's rationale: "It's fun!"

"I kind of like the retro and tradition-bound nature of it - it very much is part of its charm and part of what makes it fun," Tumulty said.

According to Purdum, "It's like the Statue of Liberty or liver and onions: You'd miss it if it wasn't there."

Members emphasize that Obama's absence hasn't changed any songs or the lineup. Associate member Annie Groer said that, even without the president, "it will be no less a schmooze-fest."

As for Obama's choice, Groer said, "I don't see it as an insult. I think his priorities are perfectly in order."

Leubsdorf also notes that this year the dinner is two weeks later than last year - and they signed the contract three years ago. "I suspect this would have never come up and he would have been at the dinner," he said. "Having it later worked against us."

It' not like the Gridiron is being left with a bunch of political B-listers. In addition to Biden, most members of the Cabinet are planning to attend, along with White House chief of staff Rahm Emanuel, according to one member.

Leubsdorf laughs off the naysayers of his club thusly: "People think its silly, old fashioned, so be it. Some people think baseball is silly - I think it's great."

And Purdum is taking the long view: "This too shall pass."
By Anne Schroeder Mullins